?Barcelona will send scouts out to watch Ecuadorian wonderkid Johan Mina at the Under-17 World Cup, which kicks off this Saturday in Brazil.

The 17-year-old was the standout performer at the South American Under-17 Championships earlier this year, scoring six goals and assisting two more as he guided Ecuador to a fourth-placed finish in Peru.

The Emelec midfielder also netted a hattrick against Chile and a brace against Argentina to help book La Tricolor’s place at the World Cup.

The youngster’s impressive form has not escaped the attentions of ?Barcelona, who will be sending scouts Pep Boada and Ramon Planes to Brazil to watch him according to Catalan newspaper ?Sport.

Whilst it is thought that the Blaugrana scouts are there to watch a number of talents, it is understood that Mina – who started the South American Championships on the bench before emerging as one of its stars – is who they’ve got their eye on.

Trusting in youth is a policy that has worked well for Barcelona this season, with youngster Ansu Fati became the club’s youngest ever goalscorer at just 16. As Sport’s article points out, FIFA rules dictate that Barça would not be able to sign Mina until he turns 18.

But with his next birthday coming as soon as February, the Catalan club remain very interested.

Curiously it is also noted that the Ecuadorian has not actually played domestic football for nearly a year and hasn’t trained with his club side Emelec all month due to an ongoing contract dispute. It is for this reason that it is thought that he will be available at a cheaper price. 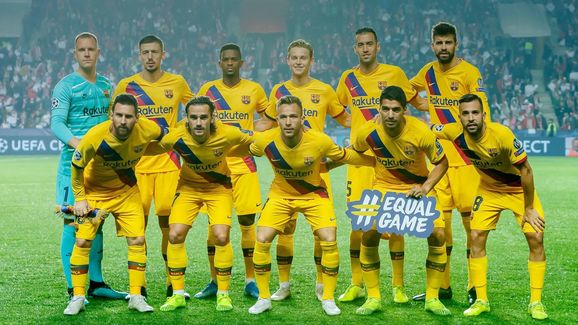 However, Barça aren’t the only side trying to secure Mina’s signature. ?Chelsea

In the meantime, Barcelona will look to retain their position at the top of La Liga when they face Real Valladolid on Tuesday.

You may also be interested in a ?list of 11 future superstars to look out for at the Under-17 World Cup this month.