?Try as you will, huff and puff if you must, but you’re better off placing your eggs in another basket if you reckon you can beat Barcelona in a Champions League group match.

If you’re a German side, that is.

The bitter irony of the above statement is that ?Borussia Dortmund could very well have snatched a win against their ?La Liga opponents if it weren’t for…a German.

A mouth-watering clash pitting two of Europe’s heavyweights at one of the continent’s finest stadiums, the Westfalenstadion, (of course) finished 0-0. However, the home side carved out a number of decent chances and were handed the perfect opportunity to reward their performance with a goal from the penalty spot ten minutes after half-time.

Marco Reus stepped up, but was superbly denied by a flying ?Marc-Andre ter Stegen save, with the German number two picking himself up to claim the rebound with equal measures of class.

In doing so, Opta have revealed the 27-year-old goalkeeper has now saved four of the last six penalties he’s faced in the ?Champions League, offering Die Mannschaft boss Joachim Low a ?timely reminder of his undoubted ability.

While that in itself won’t have been enough to deter the ?Bundesliga side ahead of kick-off, perhaps the fact that ?Barça

However, for context, that was the season the Germans reached the final, so, hardly the most crushing defeat.

For whatever reason, La Blaugrana love taking on the Germans in the group stages. During that run they’ve seen off the likes of Werder Bremen, VfB Stuttgart, Leverkusen and Borussia Mönchengladbach. Rarely do they falter until the knockout stages, with Germany a happy hunting ground for the giants of Spanish football. All in all, Dortmund shouldn’t have bothered.

However, on a positive note for the German side, Die Borussen stopped ?Internazionale 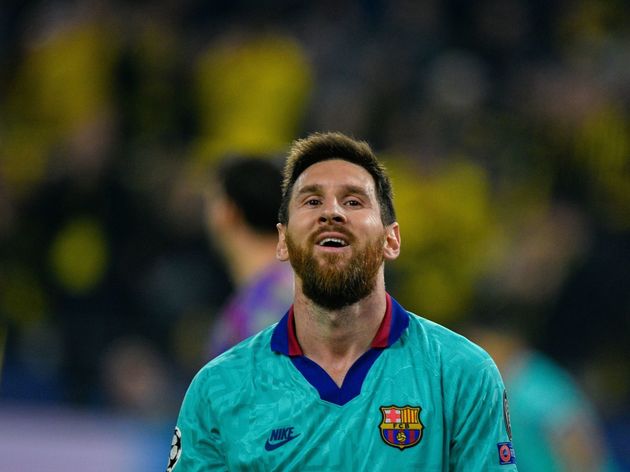