The two biggest clubs in world football – arguably the two biggest sporting institutions on this planet – played out a game with the quality of a Second City derby. You could dress it up as enthralling if you really wanted to but you’d be kidding yourself.

Real Madrid had star power but little way of penetration (Mariano scored a goal for crying out loud), while Barcelona somehow created chances while barely looking like ‘Barcelona’. They don’t even play in stripes anymore. 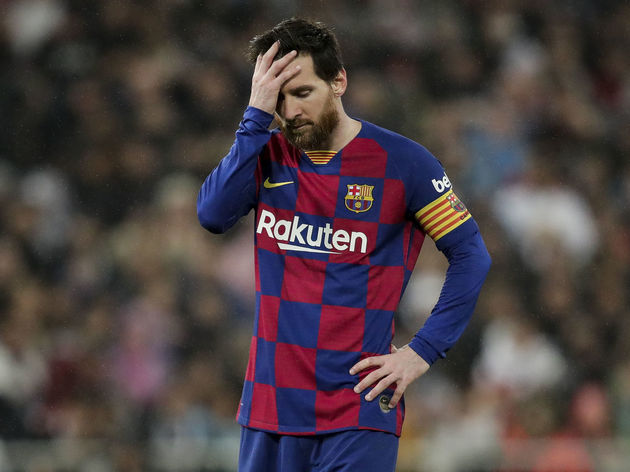 Every decision Nelson Semedo made was wrong, Frenkie de Jong had to have his hand held by the wily Sergio Busquets, in turn clogging up space for Arthur, Lionel Messi and Antoine Griezmann struggled without a focal point beyond them, and Arturo Vidal is somehow getting significant minutes.

Still, at least they could fall back on Marc-Andre ter Stegen. Oh there he goes conceding two at his near post.

?Real Madrid still look toothless, but they have plenty of young prospects and you feel they’re only a signing or two away from competing for the ?Champions League again – Sergio Ramos is about a week away from saying that ?Kylian Mbappe has ‘Madrid DNA’. Barcelona are just a mess. They’re Manchester United with Messi. They’re Milan with financial backing.

Barça came close to bringing ?Neymar back to the club last summer, and it’s likely they will return for him in the upcoming window too. But it’s a move the club should avoid.

While Culés are busy lining up blunt objects to throw at me, I hope the rest of you will hear this out.

First up is a list of the 10 most expensive signings of all time.

From these deals, there are only two unquestionably successful transfers – Mbappe and ?Bale.

The jury is still out on Felix, Dembele will do well to come back from the adversity he’s faced on and off the pitch, and the rest of those transfers are either dead or dependent on Champions League success to be deemed worth the money.

Recent years have taught us that there’s such little value in the market surplus of €100m unless that player is either young or a sure thing, which Mbappe and Bale were (Dembele’s been rather unfortunate). Barcelona are responsible for three of the 10 most expensive transfers of all time, and yet all will almost certainly be viewed as failures because their squad planning has been abysmal. Just where exactly were Coutinho and Griezmann – two players who have performed at their best playing as number 10s – going to fit in a team that lives and dies by a 4-3-3?

There are so many other glaring issues with Barça on the pitch at the moment – look at the wobbly defence, look at the meddling midfield, look at all the players that have worn the red and blue shirt that should never have – yet filling the hole Neymar left three years ago isn’t even their most pressing concern up front, where the priority should be finding a long-term replacement for Luis Suarez (spoiler: it should be Lautaro Martinez).

The club are lucky that they are in need of a rebuild when it seems every team in Europe bar Liverpool needs one too and shouldn’t fall too far off the pace. Neymar’s potential return wouldn’t even guarantee them success – he won a single Champions League alongside ?Suarez and Messi, and the three are now worse than when they lifted that European Cup, unlikely to take it back with a significantly weaker supporting cast.

The Brazilian has been rather injury-prone during his time at PSG, and a huge fee represents an even greater risk than there would be just for a transfer of this magnitude.

It would be a make or break deal for the club, knowing this could be their last shot to get the best out of ?Messi and potentially even keep him at the club – little in the way of ?transfer business must have impressed the 32-year-old recently, but the way he should be won over is through proof of much-needed competency.

?Barcelona have a hole in their roof, their heating isn’t working, the fridge is leaking and the dog’s urinating on the floor – their first move shouldn’t be to buy back their used Ferrari to compliment the Lamborghini in the garage.