?Barcelona are set to welcome Ousmane Dembele back from injury for their Champions League clash against Manchester United on Wednesday.

The 21-year-old has been sidelined for the club’s last four games after picking up a thigh injury in the 5-1 win over Lyon, but is expected to make his return to the squad at Old Trafford.

News of ?Dembele’s condition comes from ?The Mirror, who note that the Frenchman has now returned to full training with the rest of his teammates.

He was not risked during the 2-0 win over ?Atletico Madrid on Saturday in an attempt to ensure he is ready for the ?Champions League quarter-final meeting with the ?Red Devils on Wednesday.

Ernesto Valverde will certainly have been reluctant to field Dembele before he is ready, having already aggravated his injury by playing him against Lyon in the first place. The winger had been struggling with a thigh injury, but played the last 20 minutes of the second leg and saw his problem worsen, despite scoring his side’s fifth goal of the night. 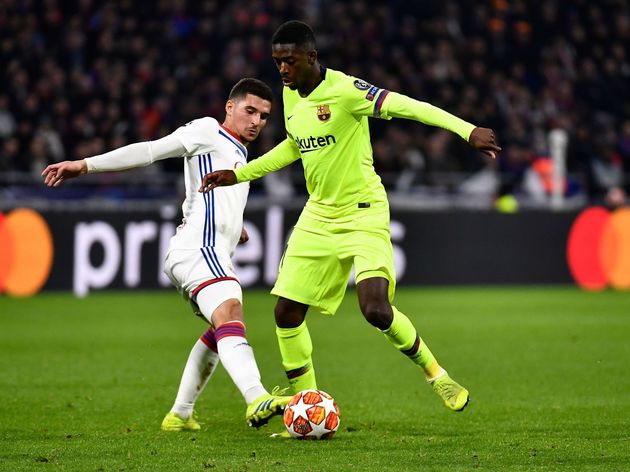 In Dembele’s absence, Philippe Coutinho was handed plenty of chances to impress in ?Barcelona’s starting lineup, but the Brazilian’s disappointing run of form has continued, once again prompting talk of a summer exit for the former ?Liverpool star.

Whether Dembele starts the game or comes on from the bench remains to be seen, but he appears set to play a major impact in the tie, and he will certainly be targeting full fitness by the time the second leg comes around on Tuesday, 16 April. This season, the winger has racked up 14 goals and eight assists in all competitions, despite often being forced to rotate with the struggling Coutinho. He has three strikes in the Champions League already this season, and will certainly be keen to add to that tally on Wednesday.