Rennes’ teenaged midfielder Eduardo Camavinga is being lined up by Barcelona, with director of football Eric Abidal travelling to France to watch him in action.

The 17-year-old has missed just one match for Les Rouges et Noir this term, featuring in every Ligue 1 fixture. Though his side are tenth in the table, they are just three points off of the final Champions League qualification place, with Camavinga an integral player at the base of 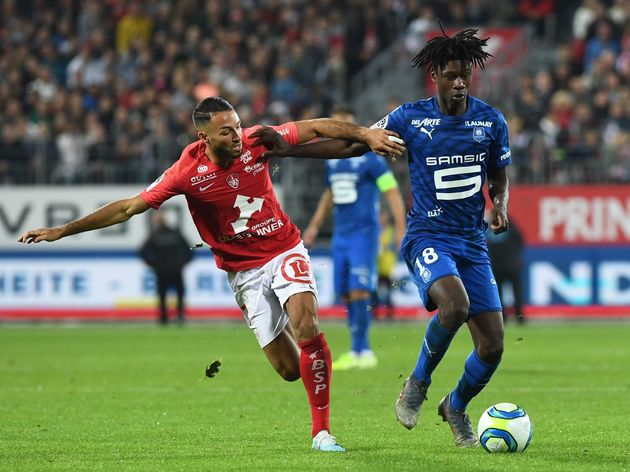 Barça’s interest is not a new occurrence after they ?began monitoring Camavinga in pre-season, joining ?Real Madrid in keeping a watchful eye on his development at Roazhon Park.

The academy graduate is yet to score his first goal for the first team, though his primary role is to act as a block in front of the backline, before springing attacks through his fine array of passing.

Rennes were drawn into a testing Europa League group ahead of the current campaign, and now sit bottom of the pool following the first four rounds.

They went down 1-0 away to Romanian club Cluj on Thursday, while their next fixture is against Celtic, who are top and have already qualified for the knockout stages.