?Barcelona are reportedly losing interest in Ferland Mendy following the left back’s poor showing against the Catalans in the Champions League last 16.

The La Liga giants have been admirers of the full back for quite some time now and reports had strongly linked them with a move for Mendy in the summer, meaning Barcelona’s last 16 clash against Lyon acted almost as an audition for the Frenchman with his potential new suitors.

Unfortunately for the left back, he didn’t live up to the expectations surrounding him. After a fairly uneventful first leg in the south of France, Lyon were humiliated at the hands of Lionel Messi and co. losing 5-1 at the Nou Camp with the defence leaking three goals in the space of eight minutes to seal the tie for Barcelona. 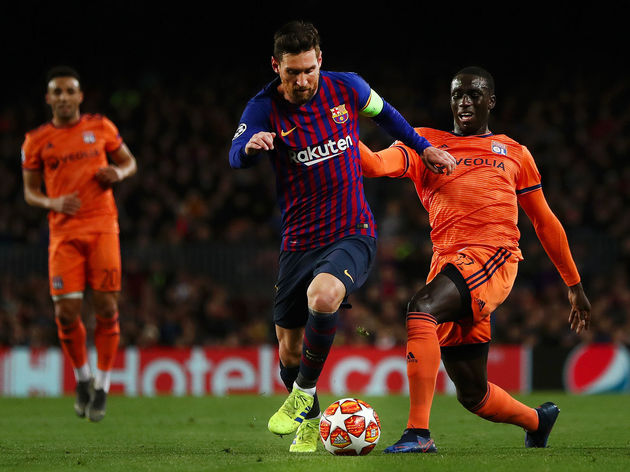 Mendy himself was substituted with just over 10 minutes remaining after what was a lacklustre performance, and was forced to watch the rest of the game from the dugout as he and his Lyon side were dumped out of the competition.

Now according to ?Mundo Deportivo, Barcelona officials have cooled their interest in Mendy after his poor performances in the Champions League – and they look set to turn their attentions elsewhere.

They still intend to a sign another full-back to compete with Jordi Alba, who recently signed a new long-term deal with the club, but spending big is not necessarily a priority – particularly on Mendy, given his inconsistent showings. There’s still time for Mendy to redeem himself as he looks to finish what has already been a solid Ligue 1 campaign on a high note, with Lyon looking to chase down Lille who currently occupy second place in the league standings.