?Barcelona officially sealed another La Liga title at Camp Nou on Saturday night, with Lionel Messi scoring the only goal in a 1-0 win over Levante.

After Atletico Madrid beat Real Valladolid earlier in the day, Barça knew that a home win was required to mathematically secure consecutive league crowns, ahead of their Champions League semi-final with Liverpool on Wednesday.

After leaving ?Messi out of the starting lineup in anticipation of the midweek clash, Ernesto Valverde was forced to call on the five-time Ballon d’Or winner in the second half. Messi took 16 minutes to get his 34th league goal of the campaign, cutting back inside the area to take two defenders out of the game, before slotting past Aitor Fernandez to put Barcelona on course for their 26th La Liga title.

Despite rotating to keep key players fresh for the Champions League, Barça have also won eight of their last ten in the league.

Tip of the hat to Ernesto Valverde. Two league titles in two seasons and only three league games lost in that time. Wonderful achievement 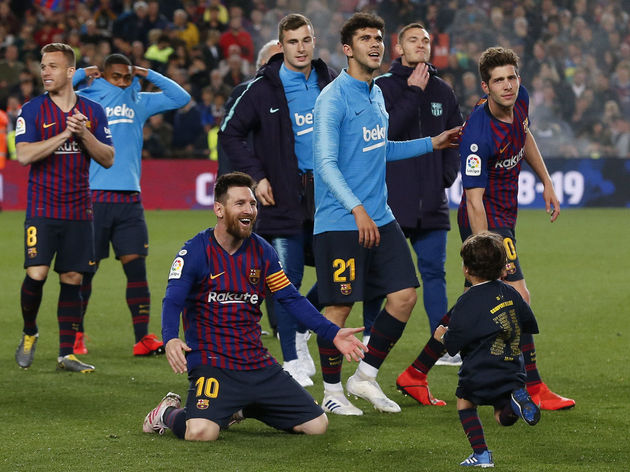