?Barcelona and Bayern Munich are the favourites to sign Bayer Leverkusen midfielder Kai Havertz, with several other European giants also in the running.

The 20-year-old has scored 31 goals in 121 games for Leverkusen since making his professional debut in 2016, and has gone from strength to strength at the Bundesliga club. 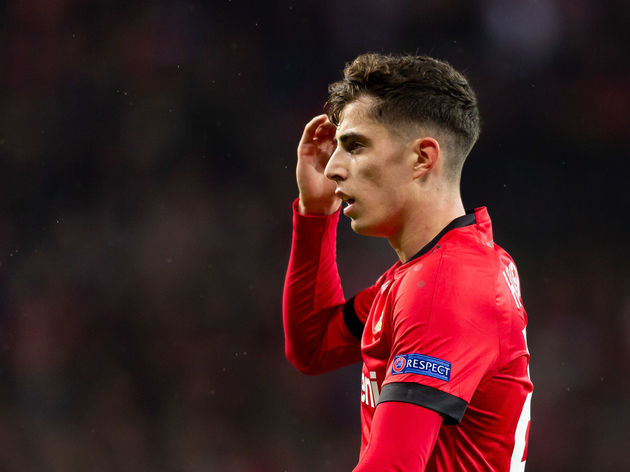 It was initially thought that ?Liverpool h?e?ld an advantage of sorts in the race to sign Havertz because of Jurgen Klopp and the club’s captivating atmosphere. Chelsea boss ?Frank Lampard is insisting on signing more young talent with Havertz top of his transfer list, but SportBild (via ?Get German Football News) report that Barcelona and Bayern are the frontrunners for his signature.

SportBild add that the Germany international is a fan of Mauricio Pochettino and how he had Tottenham playing, suggesting that he could be keen on linking up with him ?should he take the Bayern job. Die Roten had a

Real Madrid, Manchester City and Manchester United are the other clubs in the running for Havertz, though SportBild do not mention any significant advantage that any of them hold.

It’s believed that Leverkusen are holding out for a

He made the Bundesliga team of the season last year after netting 17 goals in 34 appearances, as Leverkusen qualified for the Champions League for the first time since the 2016/17 season.

After impressing for his club and at youth level, he made his Germany debut in last year, and scored his first goal for his country in October in a 2-2 draw with Argentina.