?Barcelona thumped a rather tepid Valencia side 5-2 to get their second win of the season, and pile more misery on a struggling team in the midst of a managerial crisis.

A Lionel Messi-less Barca certainly didn’t look like they were missing him, with two goals inside the first 10 minutes, which was a major hammer blow to Valencia.

16-year-old Ansu Fati emphatically side-footed home the first goal from a Frenkie de Jong cross, and the youngster returned the favour for the Dutchman with a brilliant assist four minutes later. 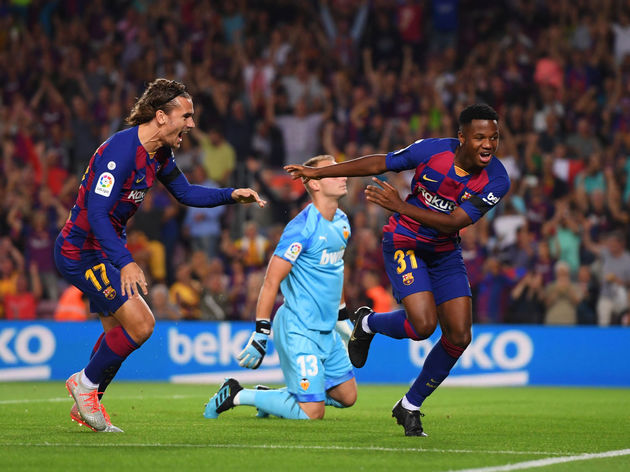 Valencia hit back soon after, with Kevin Gameiro poking home after a VAR check.

?Luis Suarez was soon after subbed on for the brilliant Fati, and scored with practically his first touch – a fantastic finessed finish into the near post. He then doubled his goal tally with around five minutes left with a near post strike that, in truth, Cillessen should probably have done better with again.

In the dying embers of the game, substitute Maxi Gomez managed to score his first goal for the club and, although it was simply just a consolation, it may give the forward some confidence going into a crucial couple of games for Valencia.

Without Messi, Barca have now shown in consecutive game weeks that they can cope without him in these games, while Valencia know that despite being outclassed by a brilliant Barcelona, they were no where near good enough, and have some serious thinking to do.

Much of the talk before the game was about wonder kid Ansu Fati; and boy did he deliver. The winger scored in Barca’s last game, and today he upped the ante.

He was electric, constantly causing problems for Valencia, and even managed to grab a goal and assist. 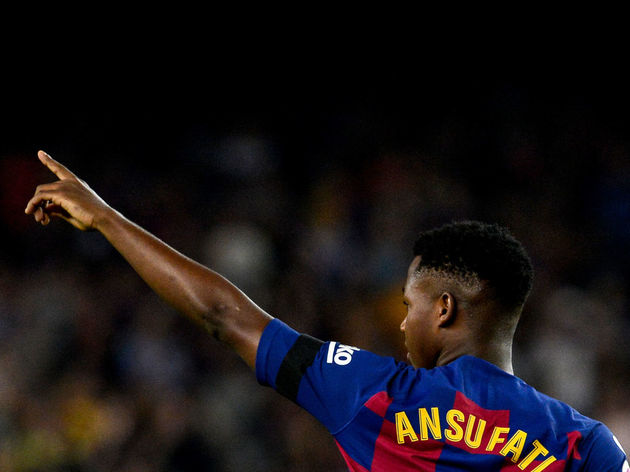 He looks the real deal, and if he continues to perform this way, then ?Barcelona have something seriously special.

Yup. You guessed it. Ansu Fati. This felt like a huge game for the youngster, as he seemingly announced himself to the world.

I’ve already heaped enough praise on Fati. It’s early days of course, and he needs to follow up this exhilarating performance to prove he’s not just a one game wonder.

The 16-year-old scored less than three minutes into his first start and grabbed an assist four minutes later.
pic.twitter.com/oYvJC4fVwp

Ansu Fati has a Goal & Assist in few minutes against Valencia while Lingard has no goal and assist in 2019. Ansu is 16 & Lingard is a 27 year old young sensation with World Class Potential.

There’s only one place to start: the shock sacking of Marcelino Garcia Toral – the man who bought solidarity to Valencia and a first trophy in 11 years – threw the club into crisis.

There had been a problem stewing for a while, and with the appointment of Albert Celades, Valencia’s season faces the threat of going from bad to worse. 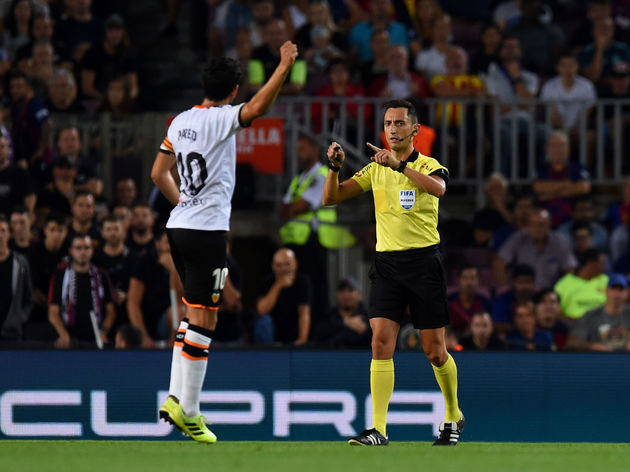 The mauling they received at the hands of Barca won’t be the biggest disappointment; he manner of it was the largest problem. There was simply nothing – at all – good about the performance.

Celades needs to find a way to turn this around, and fast.

Kevin Gameiro was definitely the best player on the pitch for Valencia. His all-round game was brilliant and he was constantly a huge thorn in Barca’s side during the game.

His hold up play was impressive, and his good performance included a tidy finish into the bottom corner.

The Frenchman is a fine striker, and will cause a lot of problems to many a La Liga defence this season.

Gameiro has done well. Ferran may aswell be at home in bed. Cillessen can go fuck.

That’s such a great off-ball run from Gameiro. Just sprints between Alba and Pique and gets through on goal.

Death, taxes, and a Gameiro goal against these bums.

Barcelona needed this win. They picked up just the one win from their first three games, and needed a boost going into their Champions League fixture against Borussia Dortmund.

?They take on Granada next week and will be looking to get their La Liga campaign really up and running with back to back victories. They will likely be without ?Messi once again, but they have an in-form Fati in his absence. 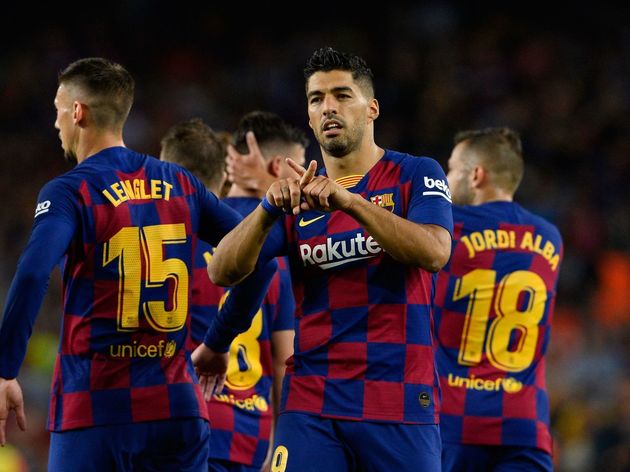 A loss to Barcelona isn’t the end of the world for Valencia, but with all the chaos of losing their manager, they really need to get a positive result as soon as possible.

Valencia take on a flying Chelsea and Tammy Abraham in midweek, and know they face an uphill task in that game.

It’s set to be a tough week for Valencia.