Barcelona returned to the summit of La Liga with a resounding 5-2 victory over Mallorca at the Camp Nou on Saturday evening, surpassing Real Madrid, who beat Espanyol by two goals to nil.

Summer signing Antoine Griezmann opened the scoring for the hosts after a pin-point pass from Barça’s Marc-Andre ter Stegen – cutting onto his right foot and slotting coolly past Manolo Reina in the Mallorca goal.

Having won a record-breaking sixth Ballon d’Or on Monday night, Lionel Messi showed exactly why he is considered the world’s best, scoring a breathtaking goal from outside the box into the top right-hand corner of Reina’s goal.

Despite some early second-half pressure from the home side, it was Mallorca who scored first after half time, Budimir scoring his second of the match with a fine header from Fran Gámez’s cross.

Messi rounded off the evening with a phenomenal finish from inside the box, thumping the ball in off the underside of the bar for his hat-trick after a deft touch from Suárez fell into the path of Barcelona’s captain.

?Blaugrana initially struggled to evoke their ‘tiki-taka’ style under Ernesto Valverde at the beginning of his tenure at the club, however he has managed to rediscover the style of play that is synonymous with the club.

In recent weeks, Barcelona have proved they are still one of the most attractive teams going forward and illustrated some sensational football against Mallorca on Saturday evening. Barça’s midfield created passing triangles around the Mallorca players and were able to cut through the heart of los Bermellones’ defence with ease.

Easy on the eye, gliding through transition and dominating possession, playing football the Barça way, Valverde will be extremely content with his sides performance. However he will no doubt want to work on his defence ahead of their crucial clash against ?Real Madrid in the first Clasico of the season on 18th December. 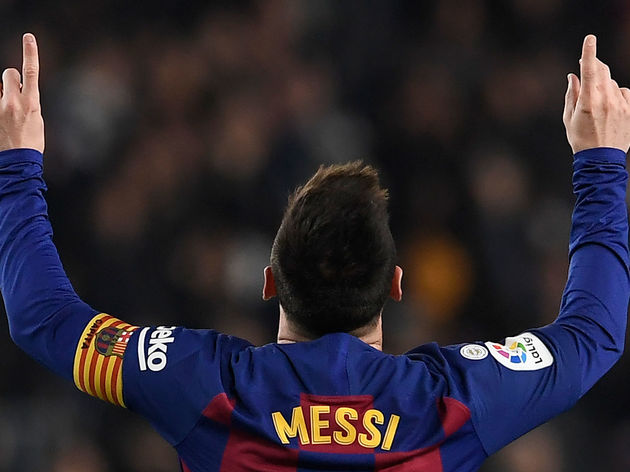 There aren’t enough superlatives to describe this man. Messi is widely considered the greatest to ever play the beautiful game and reinforced that with yet another outstanding performance on Saturday evening.

What can I say about Messi at this point. Ridiculous.

The diminutive forward was the focal point of everything Barcelona did creatively, contributing to build-up play and helping himself to a hat-trick despite a quiet second half, scoring his 617th goal for the Catalans in his 702nd game for the club.

Following on from their win over Mallorca, Barcelona travel to the Italian city of Milan to face ?Internazionale at San Siro in the last Champions League group stage fixture of the season. The Spanish giants are unbeaten in their five group games and will look to continue their impressive form in Europe. Ernesto Valverde’s men then travel to the Anoeta Stadium to face Real Sociedad in ?La Liga four days later.

Meanwhile Mallorca face Celta Vigo at the Estadio Municipal de Balaídos on Sunday afternoon before a second round Copa del Rey tie away to fourth-tier side El Álamo at the Estadio Facundo Rivas three days later.