Lionel Messi scored twice and set up two more as Barcelona brushed Lyon aside in the Camp Nou on Wednesday night to progress to the Champions League quarter finals.

The hosts capitalised on a dominant first quarter of an hour, with Messi’s cheeky Panenka penalty in the 17th minute giving them a deserved lead, following a clumsy challenge from former Manchester City defender Jason Denayer on Luis Suarez in the area.

The Spanish champions doubled their lead 14 minutes later after a sublime first touch and lay-off from Luis Suarez gave Philippe Coutinho an open goal and a much needed confidence boost for the under-fire Brazilian. Lyon pushed higher up in the second half, and were rewarded when a Lucas Tousart volley pulled one back for Les Gones after Barca failed to deal with a corner, which was followed by some serious pressure from the Ligue 1 side.

But after weathering the storm, Messi once got again got Barca out of trouble after a brilliant run from the halfway line preceded an excellent right footed finish after sitting down two Lyon defenders in the process.

The Argentine had a couple more trademark dribbles left in him, setting up Gerard Pique and Ousmane Dembele with simple finishes to complete the scoring in Catalonia.

At times in the first half, watching

However, the evening was not as simple for five time European champions as the scoreline suggests, and they had to rely on their talisman to see them through. 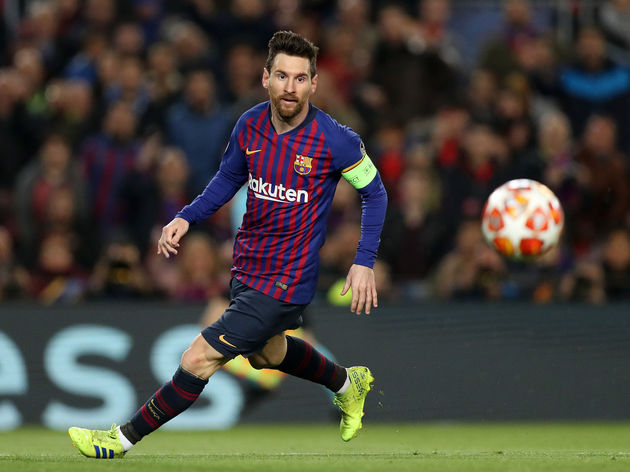 The 31-year-old was sensational in the second half. Lyon simply could not handle the dribbling ability and he soon cleared all nerves that the near 100,000 Barca fans may have had in the Camp Nou after the Ligue 1 side’s goal to make it 2-1.

With the exception of a nervy 15 minutes, Barca were in total control of this match, and almost seemed to bait Lyon into thinking they actually had a chance.

Luis Suarez and Arthur in particular were excellent for the home side, and of all the teams to avoid in Friday’s quarter final draw, Barcelona will be right at the top of that list.

Following Cristiano Ronaldo’s stunning hat-trick which sent Juventus through against Atletico Madrid on Tuesday, all the focus switched to Lionel Messi to see if he could match his great rival’s heroics.

Just enjoy these two while we can. The best ever. ??? pic.twitter.com/orrf2CDBdO

The Barca icon delivered in a big way tonight, and his dribbling skills, finishing ability and unbelievable creativity were all on show here. The Argentine looks more determined than ever to claim his fifth Champions League title in Madrid in May. There are quite simply not enough words to describe just how good he is.

Bruno Génésio’s side really did give this a go, but starting with five at the back really did leave them exposed in midfield. The French side’s plan was clearly to try and contain Messi and company, then hit them on the counter attack. 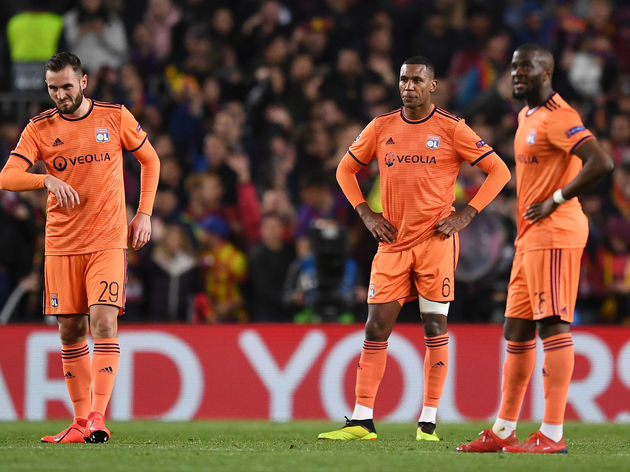 To their credit, they did create a couple of chances, most notably for former Celtic forward Moussa Dembele, who fired wide after an excellent move. But after the excellent goalkeeper Anthony Lopes was forced to come off after a head injury in the first half, it appeared they were done.

However, Les Gones can be proud of their performance in this match, but eventually the gulf in class told, although 5-1 was pretty harsh on the team.

?Following the draw for the Champions League quarter-finals, Barcelona will face a trip to Real Betis in La Liga on Sunday evening, before a local derby against Espanyol on 30 March. The Catalonians will look to extent their seven-point lead in La Liga in their quest for a historic treble.

Lyon return to Ligue 1 action this weekend looking to cement their place in the league’s third and final Champions League qualification spot. They host Montpellier on Sunday, before a trip to Rennes on the 29th.