A Lionel Messi brace helped Barcelona breeze into the Copa del Rey quarter finals as they romped to a 5-0 victory over Leganes on Thursday evening.

The hosts got off to a perfect start with Antoine Griezmann sweeping in Nelson Semedo’s cut back with just three minutes on the clock. Leganes offered little in the way of a response and their chances of progressing were dealt a hammer blow when Messi’s shot was deflected into the back of the net to make it 3-0.

Barca added a fourth in the 77th minute when Arthur Melo smashed in the rebound after Messi shot straight at Iván Cuéllar. The rout was then completed when La Pulga rounded the goalkeeper before calmly slotting home with minutes left to play.

Here’s 90min’s breakdown of the game…

Quique Setien ?has supposedly been hired to bring the ‘Barcelona way’ back to Camp Nou and if this is his only remit, Thursday night was an unequivocal success.

In scenes reminiscent of the club’s tika-taka heyday, the hosts completely dominated the game from start to finish. Barca often had ten players camped out in the Leganes half, retaining the ball with ease and strangling the life out of the game. 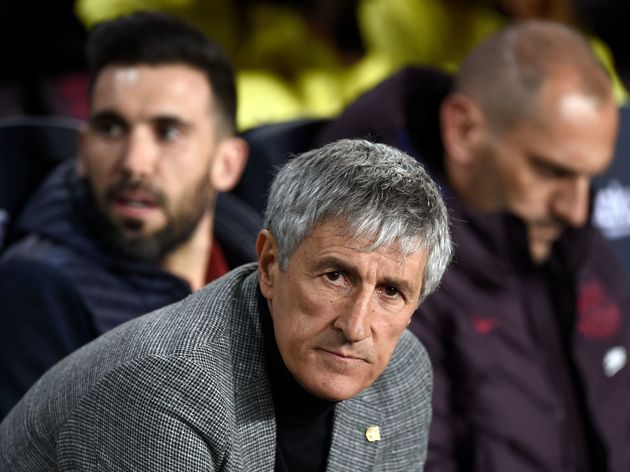 Overall, the hosts enjoyed around 73% possession. Perhaps, Barcelona are back to their dominant best, or perhaps we should not get carried away. Probably the latter to be honest. 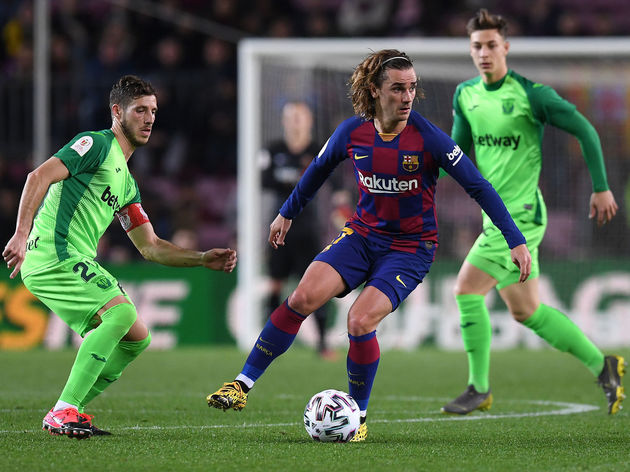 However, on the evidence of Griezmann’s performance on Thursday evening, Setien can rest easy on the striking front.

Yes, the Frenchman grabbed an early goal, but more importantly he led the line spectacularly by dropping into midfield to link the play and pressed when required.

Griezmann is really racking up goals for someone that’s a flop.

If he had a bigger ass and was in the EPL, he would be a contender for PFA player of the year.

Griezmann off, tv off. What an amazing game he had today tears in my eyes

Next up, ??Barcelona take on Levante on Sunday as they look to close the gap on La Liga leaders Real Madrid.

Leganes host high-flying Real Sociedad, hoping they can secure a victory that could propel them out of the relegation places.