?Barcelona returned to winning ways in La Liga with a 2-1 win over Villarreal at Camp Nou, just days after a humbling defeat at Granada.

Barely five minutes were on the clock when a returning Lionel Messi, who made his 400th start in La Liga, stepped up to take Barcelona’s first corner of the evening, with the Argentine floating a perfect cross to the near post where Antoine Griezmann nodded the ball past 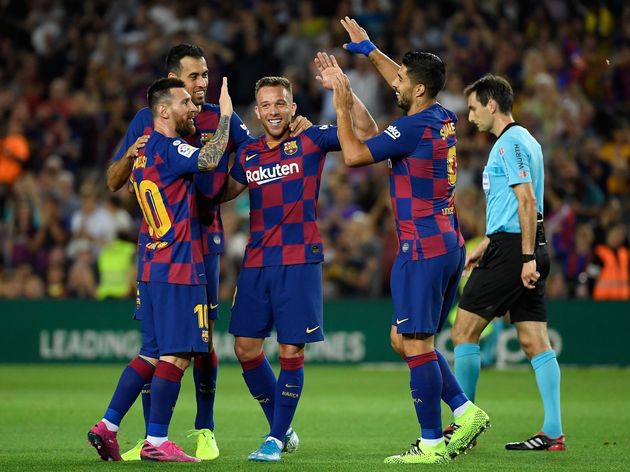 For all of Barcelona’s ability on the ball, it was their work off it that gave Ernesto Valverde’s side a much-needed boost against Villarreal to get an upper hand in the match.

Antoine Griezmann got the better of left-back Xavi

For everything that Tuesday’s opening goalscorer Griezmann offers in the attacking half of the pitch, it’s his work at the other end that stood head and shoulders above everything else at Camp Nou.

Griezmann is always the first player back to help defensively.. Simeone really did a solid on him.

Messi to Griezmann, goal. That’s going to be some partnership.

Look at Griezmann man this guy doesn’t stop running back ?

The France international proved exactly what working under Diego Simeone for a number of years can do to an attacking player, often finding himself in the right position to help break up attacks from Villarreal.

That didn’t take away from Griezmann’s threat going forward, however, as the 28-year-old should have added to his early goal and could have even picked up a handful of assists on Tuesday evening.

Barcelona will be hoping that their away form can turn around when they travel to Getafe on Saturday, although one eye will be on their Champions League group stage match against Antonio Conte’s Inter next Wednesday.