Barcelona reigned supreme in the Derbi Barceloní as they secured a comfortable 2-0 win over local rivals Espanyol at the Nou Camp.

Despite dominating proceedings the home side lacked a cutting edge in the first half and were held for a full 71 minutes, that was until Lionel Messi stepped in. He chipped his close-range freekick over the wall and the defender on the line couldn’t keep it out as Barca took the lead. 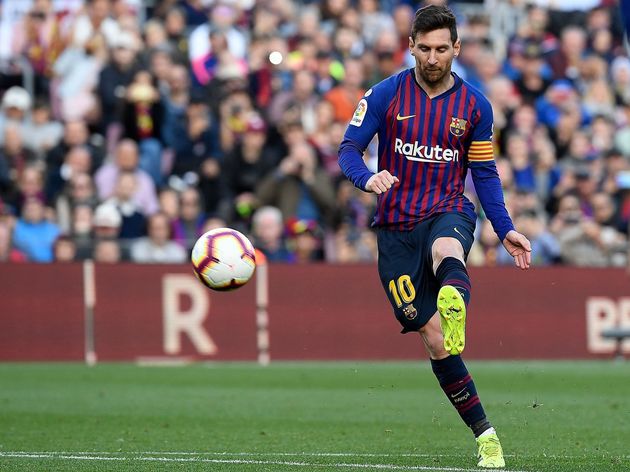 He then doubled his and Barca’s goal tally for the day in the final moments of the game after a fine flowing move which resulted in a tidy finish from the Argentinian. They were able to see the rest of the game out and in doing so temporarily extended their lead at the top of ?La Liga to 13 points with nine games remaining.

Here’s a breakdown of the afternoon’s events:

There was never really going to be a different outcome in the game, although Espanyol did make it tough for the league leaders. ?Barcelona have looked comfortably better than any other team in La Liga this season and did dominate proceedings throughout the encounter, although they lacked a cutting edge at times.

They were held for 71 minutes but it was only a matter of time before Barca got their noses in front, and after they did they never looked like surrendering their lead. There are still nine games left to play in the campaign, although Barca do look as though they are easing to the league title.

STAR MAN – On the day he surpassed his former teammate Andres Iniesta for number of appearances for Barcelona, it was no surprise to anyone that ?Messi stole the show once again.

The things Messi does is beyond the boundaries of belief. He is simply unbelievable.

He was at the centre of everything going forward for his team and he showed signs of brilliance on the ball throughout the game. It was inevitable that Messi would broke the deadlock and settled the nerves of the home fans thanks to his delicate free kick before settling the result with his second goal, earning his side another three points.