?Valencia defied the odds and won their first Copa del Rey since 2008 as they edged to a 2-1 win over Barcelona at the Benito Villamarin.

Barcelona were the clear favourites heading into the clash having wrapped up La Liga title with ease and created the better chances whilst also dominating the possession, but in the end they didn’t have an answer for Valencia’s pace on the counter-attack which left them shell-shocked.

First-half goals from Kevin Gameiro and Rodrigo Moreno sent Los Ches into the half time break with a two-goal lead, with ?La Blaurgana coming out firing to start the second half. After squandering a number of opportunities, ?Lionel Messi got his side back into the game with a quarter of the game remaining.

Barça fought until the very end, but just couldn’t find and equalising goal as Valencia stunned the footballing world and took home the Copa del Rey crown. Here’s a breakdown of the night’s events: 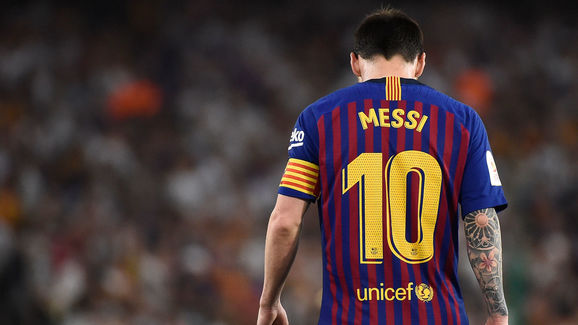 Barcelona were looking to secure their fourth domestic double in five years and having won the competition in all of the last four years, they would’ve been confident heading into the final.

Unfortunately for them things didn’t turn out the way they may have expected, with the team still appearing to be suffering from the hangover of Anfield. They had no answer to Valencia’s threat on the counter-attack and although they dominated the stats in terms of possession and shot, they couldn’t find an end product.

Did Barcelona’s season end at Anfield? State of mind is so important in sports and Barça are clearly not right. This goes beyond tactics.#BarcelonaValencia #CopaDelRey

They would’ve been desperate for more silverware after being dumped out of the Champions League in the manner which they were, and will instead be left bitterly disappointed with Valverde’s future at the club seemingly in doubt.

STAR MAN – Although it wasn’t to be Barcelona’s day, Messi was still their main threat on the night. He was up to his usual tricks causing havoc amongst the Valencia defence and got his side back in the game with a poacher’s finish to make it 2-1.

Leo Messi is the first player EVER to score in 6 #CopadelRey finals.

That’s Barca’s 4th goal against Valencia this season. All four of them were scored by Messi

I’m not saying I would give better defensive coverage than Sergi Roberto but… no, fuck it, that’s exactly what I’m saying. I would. In my 6inch heel Louboutins.

Although the odds were stacked against Valencia heading into the final, they had proven to be tough opposition for Barcelona during the season. In both ?La Liga meetings, Marcelino’s men held La Blaugrana to draws with Valverde’s men unable to get the better of Valencia, and the final followed a similar pattern.

Valencia were clinical when they needed to be and were strong in defence, the perfect recipe to upset Barcelona. Their work rate was unrelenting and their pace caused the Barça defenders all sorts of problems during the course of the game

It was their first Copa del Rey triumph since 2008 and they thoroughly deserved it after a defiant performance on the night.

STAR MAN – It was a fine display from the whole team and a number of players could well have been recognised as the best player, but had it not been for Jaume Domenech between the sticks Valencia certainly wouldn’t have won the trophy.

JAUME SAVES FROM MESSI! Really strong hand pushed the shot away… Then he saves again from Rakitic a minute later!

WHAT A SAVE JAUME

He made a number of fine saves at crucial times in the match to deny Barcelona and to keep his Valencia side in the driving seat. In the end Los Ches won by a one-goal margin, which highlights just how important Domenech’s saves were in helping his side win the cup.

It was the final action for both teams in their respective seasons and whilst both sides came away with silverware, both may be left feeling they could’ve had more.

Barcelona were? dumped out of the Champions League having taken a commanding position in the semi-finals against Liverpool, and losing to Valencia topped off what was a very disappointing end to the season for Valverde’s men.

As for Valencia, they’ll be delighted with the Copa del Rey win, but may feel they could’ve done better in the Europa League against Arsenal.