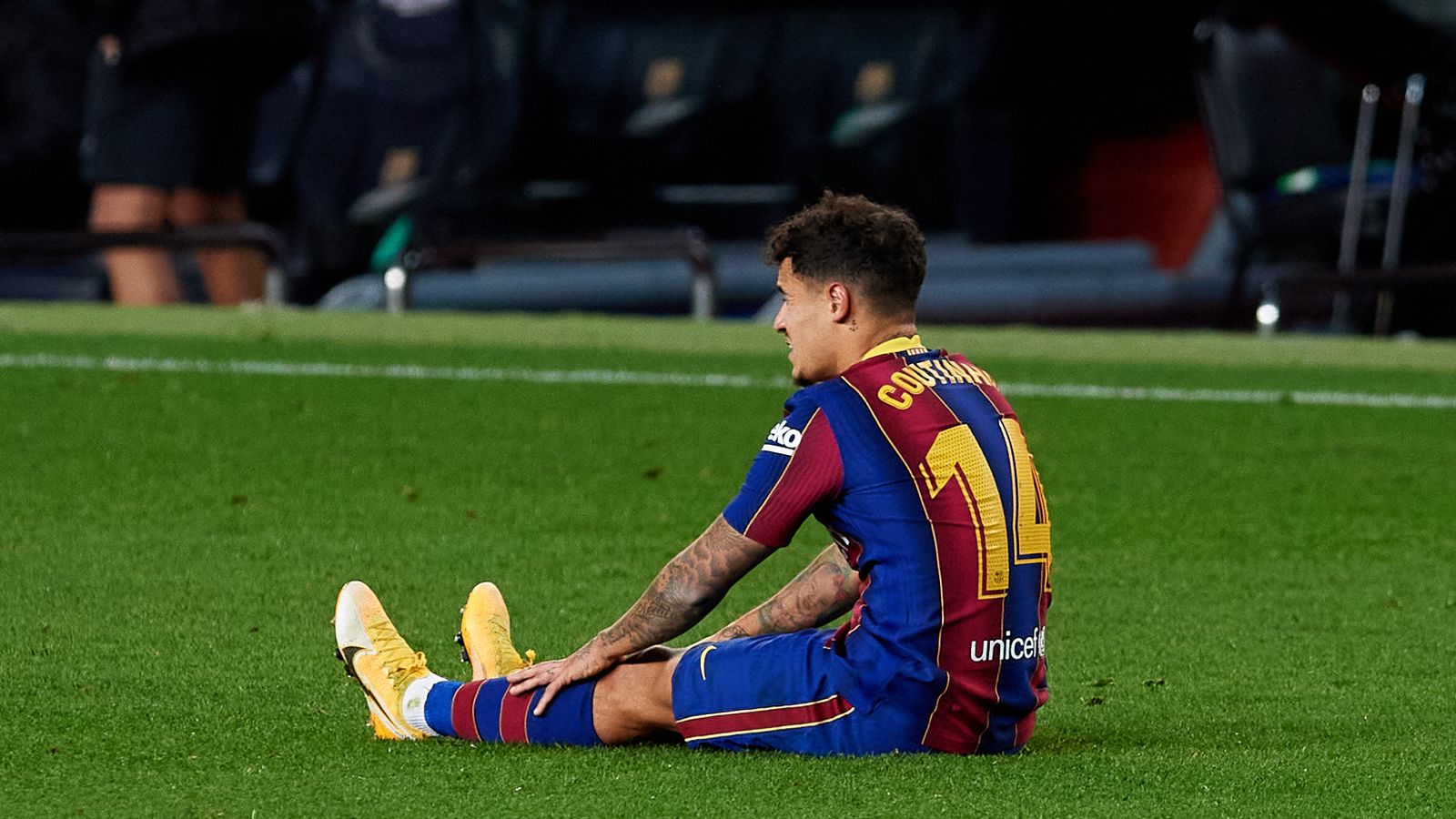 Philippe Coutinho is set to undergo knee surgery after sustaining an injury during Barcelona’s 1-1 draw with Eibar, the Spanish club said on Wednesday.

Coutinho, 28, started the game on the bench and came on in the second half, but limped off the pitch during stoppage time as Barcelona finished the game with 10 men having made all their substitutions.

“The tests carried out on the first team player Philippe Coutinho have shown that the midfielder has an injury to the lateral meniscus in his left knee,” the club said in a statement.

“Treatment will necessitate arthroscopic surgery which will take place in the coming days.”

The club did not give a timeframe on his return.

Coutinho, who returned to Barca this season after a successful loan spell with Bayern Munich, has three goals and two assists in all competitions. He joins a growing injury list which already includes Gerard Pique, Ansu Fati and Sergi Roberto.

Barcelona have endured a torrid start to their La Liga campaign and sit sixth in the La Liga standings on 25 points from 15 games, seven behind leaders Atletico Madrid who have two games in hand.

Barcelona suffered without injured Lionel Messi as they drew 1-1 at home to struggling Eibar, with manager Ronald Koeman admitting the La Liga title race is “complicated”.

Koeman conceded the title appears to be beyond Barcelona this season and admitted after the game his side were not up to speed.

“If I’m realistic, the title is very complicated,” he said. “Nothing is impossible, but you have to recognise the distance.

“Atletico seem to me to be very good, very strong. They don’t concede many goals.”