You know it’s a scandal when it’s got a ‘gate’ suffix.

BarçaGate, as it has unoriginally been dubbed, is the mess that club president Josep Maria Bartomeu finds himself in after it was (rather sensationally) alleged on Monday that Barcelona had paid company I3 Ventures close to €1m for social media services which included spreading posts and memes online disparaging their own stars and club legends ?

Both ?Barcelona and I3 Ventures hastily released statements to deny the allegations which came from SER Catalunya.

Here’s the latest that you need to know about BarçaGate… While the beleaguered president continues to fight off the allegations that I3 Ventures was hired to do anything other than digital monitoring services, ?SER have since published a 3?6-page dossier as ‘evidence’ of the company’s link to six social media accounts which created posts to attack the reputations of Barcelona’s stars and potential presidential candidates. 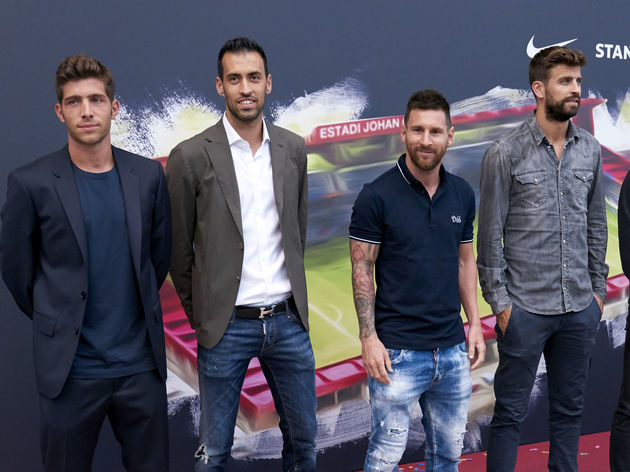 According to ?Mundo Deportivo, it was a ‘cordial’ affair as Bartomeu assured the players he was not behind the negative posts, while continuing to deny that Barcelona contracted I3 Ventures with the purpose of creating such content.

?ESPN, however, describe the same 35-minute meeting as ‘tense’, with the players ‘uneasy’ about the situation, despite appreciating Bartomeu’s explanation.

It is said that, while elections aren’t scheduled until 2021, the players now hold the key to the president’s future, which hangs precariously in the balance.

Meanwhile, ?LA Galaxy have reportedly offered Messi an unlikely, if timely, escape route out of Barcelona, as the scandal adds to growing concerns over his future at the club

And finally, Pique – hours after the tense-cordial meeting – called out a Bartomeu-sympathetic journalist as a ‘puppet’ on Twitter.

“They know perfectly who Barcelona want to use for their media, political and economic interests.”

Shortly after midnight, Pique responded with a one-word reply: ‘puppet’.

It is the second example of a high-profile Barça star wading into a war of words online following Messi’s Instagram response to sporting director Eric Abidal earlier this month.