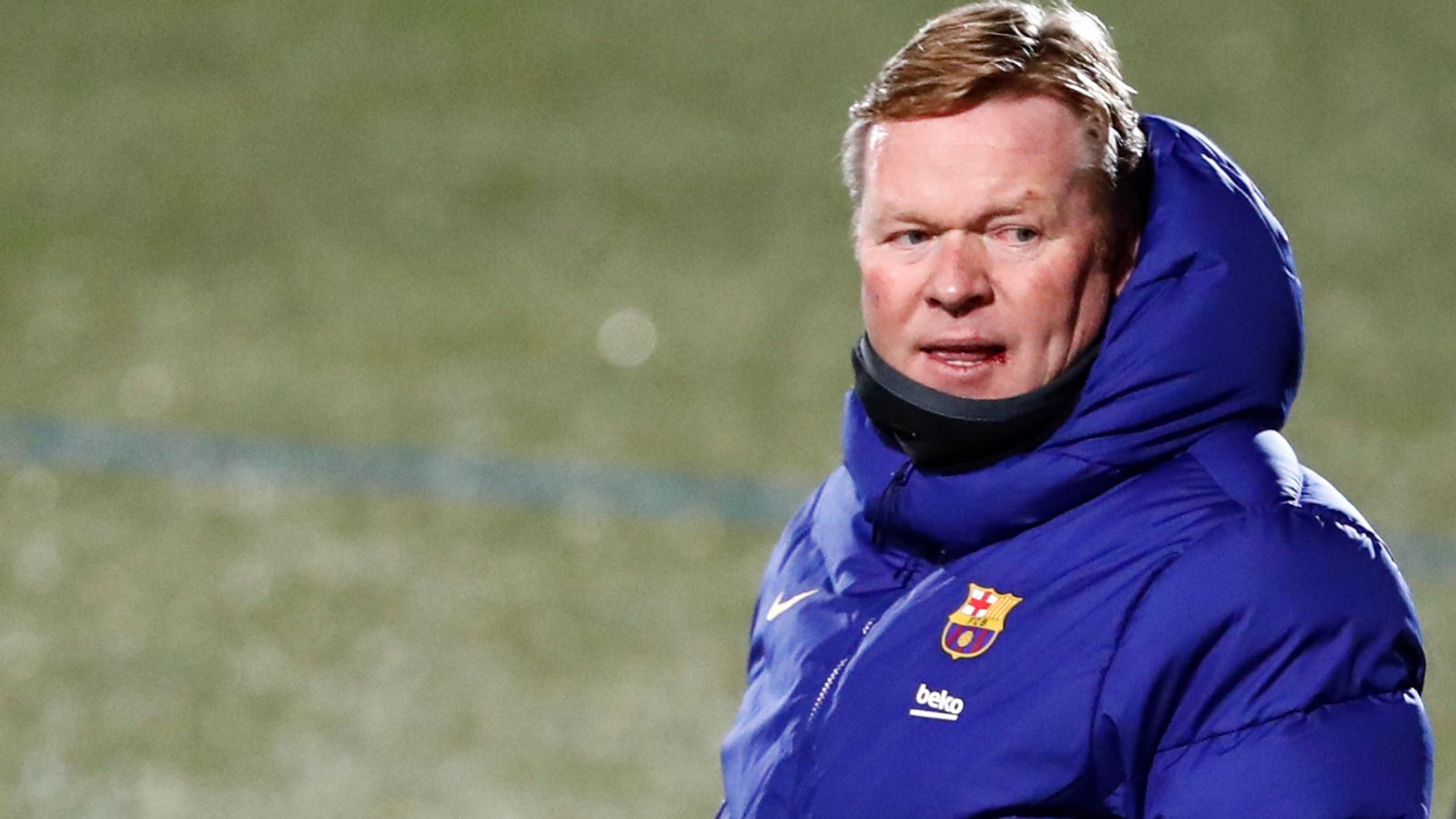 Koeman has come under fire after Barca won just one of their last five games in all competitions, including a 3-0 humbling by Benfica in the Champions League on Wednesday.

Names such as Xavi Hernandez, Andrea Pirlo and Roberto Martinez have been linked to the job by local media.

Laporta, however, said he backed Koeman after holding clear-the-air talks with the 58-year-old.

“Koeman will continue as the Barca coach,” Laporta told the media ahead of Saturday’s LaLiga clash away to Atletico Madrid.

“We understand that he deserves a bit of margin for many reasons: He’s a Barca fan and legend for fans all over the world. He’ll stay on and deserves a margin of confidence.

“He loves Barca and decided to come here in a really tough time both institutionally and on a sporting front.

“After talking to him, I can see he’s got faith in the team… We spoke and it’s not true that we’ve got a tense relationship – it’s good and honest. I think we both think the same, to turn things around.”

Barca travel to champions Atletico seventh in the table, two points behind Diego Simeone’s side having played one game fewer, but five down on table-toppers and arch-rivals Real Madrid.

One reason behind Laporta’s stance might be the club’s dire financial situation: LaLiga’s Financial Fair Play controls mean the club have a budget of just 98m euros this season, and this week Barca confirmed that they posted a loss of 481m for last season.