?Lionel Messi has admitted that he has always been delighted to win the Ballon d’Or, but was quick to acknowledge the influence that his teammates have had on his individual success.

Messi has won the coveted award on five occasions – more than anyone else other than Cristiano Ronaldo – with his most recent triumph coming in 2015.

?? Lionel Messi made his @FCBarcelona debut.

?? A star was born. pic.twitter.com/il7JmpYJAc

La Pulga has again emerged as a ?frontrunner for the award, though he will face competition from the likes of ?Ronaldo and Virgil van Dijk – the latter of whom has never won the trophy.

Messi’s had a superb 2018/2019 season, scoring 51 goals for ?Barcelona as the Catalan giants stormed to the La Liga title.

After suffering from injuries at the start of the current campaign, the 32-year-old has continued to showcase his legendary skills – scoring eight goals in seven games so far. This form has seen him emerge as the favourite to scoop this year’s award, though s(via Goal)

““It is something that comes from the collective. Without having achieved all the collective successes that we had to achieve, I wouldn’t have been able to get these individual awards.”

Messi also reflected on past successes in the same interview. 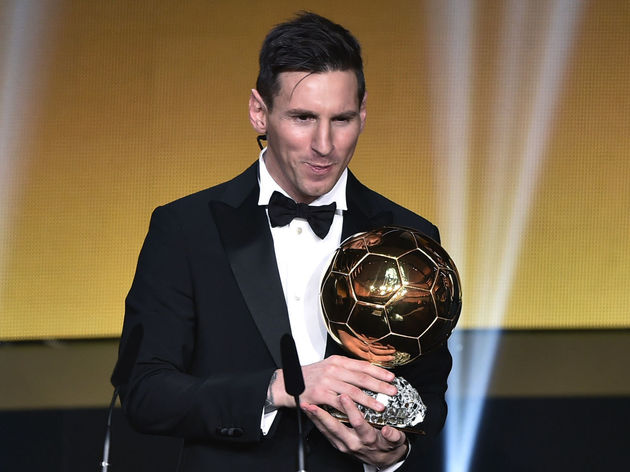 “Being so long in the same club, all three living practically the same during our whole careers and special for the club. For what it means, the truth, it was impressive.”