?Barcelona midfielder Ivan Rakitic could make a summer switch to Atlético Madrid, with his stay at Camp Nou seemingly coming to an end.

The Croatian moved to Barcelona in 2014 and has been a constant for the first team, but an abundance of young talent has seen the 31-year-old fall down the pecking order. With just eight starts this season, he may seek pastures new at the end of the season. 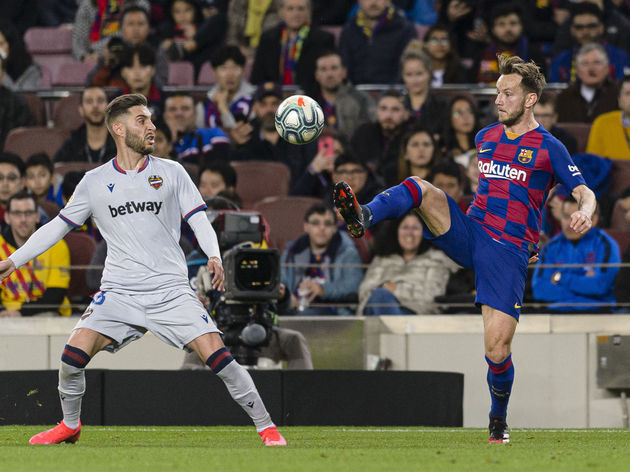 The Catalan club are looking to balance the books by offloading some fringe players, and Rakitic is one of them. As reported by ?Cadena Ser, the midfielder is aware for the move by Atlético, and is open to contract talks.

With his contract expiring in June 2021, Rakitic could be available at a reasonable price for the Rojiblancos, who have already decided to open talks with the midfielder. It is a priority for Barcelona’s rivals to secure the signing of the veteran Croatian.

Manchester United and Juventus were also interested in Rakitic, but a move failed to materialise for both sides, leaving the player frustrated. “We know there are people who make decisions but we are here not to laugh or enjoy.

His frustrations might be over though, with talks over a move to Atlético reportedly running smoothly, and the contract talks not hitting any obstacles so far. Although he had been a main-stay under previous managers and an influential part of the dressing room, his time has come to move on, especially with Atlético looking for a new central-midfielder.

He has made 292 appearances for Barcelona, more than any other club. Despite not recording a goal, and just three assists this season, he has 34 goals and 45 assists altogether for the club. one of his most notable coming against Tottenham in the Champions League.