?Atlético Madrid have identified Barcelona’s Ivan Rakitic as a priority transfer target this summer and are currently in the lead in the race to sign the midfielder, with the player reportedly open to the move.

Rakitic signed with Barcelona in 2014, but has struggled for regular game time this season after falling down the pecking order behind Sergio Busquets, Frenkie de Jong and Arthur. ?Spanish outlet Marca report that Atléti, who currently sit fifth in La Liga, have already informed the 31-year-old Croatian of their interest, and actually met with him following their first leg Champions League win against Liverpool in February.

The report adds that Rakitic’s exit from current La Liga champions Barcelona is becoming more likely, but he would prefer to continue playing football in Spain, should he move on.

Rakitic currently has just over a year left on his contract with Barça however, meaning ?Atlético will need to agree on a fee with the Catalan side before any move can take place. And while Barça have looked towards new options under new manager Quique Setién, they will be in no rush to sell the Croatian, who still has a lot to offer on the pitch. 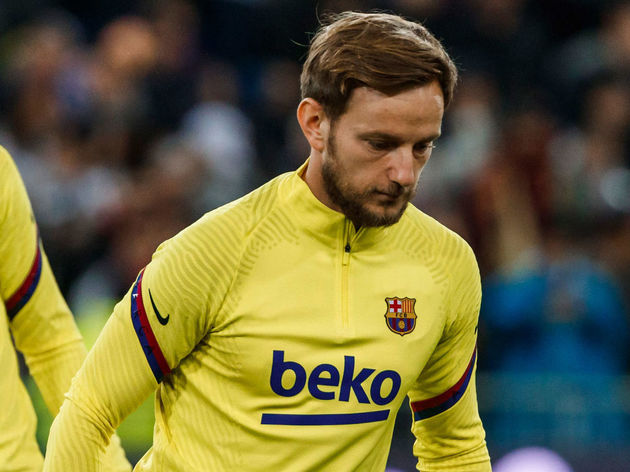 However, it is believed that negotiating a transfer fee will not cause any issues between the two clubs, and the news suggests that it is more than likely that Rakitic will be lining up for Diego Simeone’s side next season, in the Spanish capital.

Marca also report that ?Rakitic and his family are fond of the city of Madrid, and have already looked at properties there, which again points towards a move to Los Rojiblancos being close to complete. Rakitic moved to ?Barcelona from Sevilla ahead of the 2014/15 season, and has been a key figure in their recent successes, but has this year had to settle for a lesser role.

He made his frustrations known publicly in October 2019, informing Croatian press, ?as quoted by Marca, of his desire to play more football, saying: “I want to play, I didn’t stay in Barcelona just to enjoy the city and walk on the beach.”

Rakitic has won one Champions League, four La Liga titles and several domestic cups in six seasons with Barcelona, and was a runner-up in the 2018 World Cup with Croatia.