?The friendly fixture between Argentina and Uruguay in Israel could be cancelled or rescheduled amid security concerns.

The game is due to take place on Monday 18 November in the New Bloomfield Stadium in Tel Aviv.

However, a recent escalation in the ongoing conflict between Israel and Palestine has led to fears for the safety of the players and staff of both countries.

Tensions in the region escalated on Monday and Tuesday after some 150 rockets were fired from Gaza towards Israel in response to an air strike that killed a Palestinian militant.

According to reports from ?Marca, the situation has led both the Argentine and Uruguayan football federations to start actively looking for ways to relocate the match.

It is thought that the Euro 2020 qualifier between Israel and Poland will not be affected, as the fixture will be played in Jerusalem. 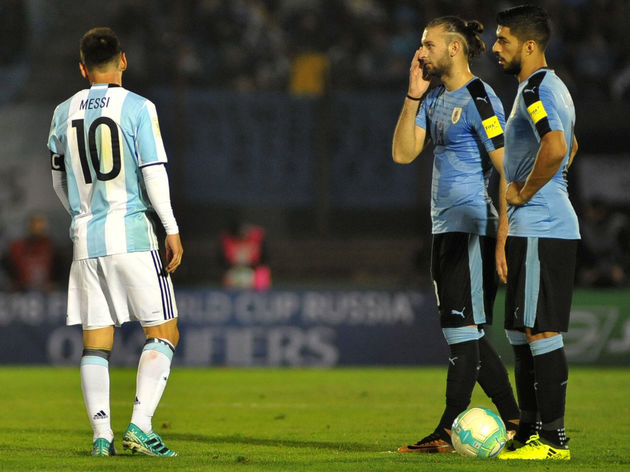 Uruguay and Argentina have a fierce rivalry and contested the first ever World Cup final in 1930, showing the great footballing history of both nations.

The match – assuming it goes ahead – is set to see ?Barcelona teammates ?Luis Suarez and ?Lionel Messi go head to head with their national teams for the first time since 2017.

Domestically the two Barca legends have been part of a side that has struggled to find their best performances under Ernesto Valverde this season. Despite sitting top of both La Liga and their Champions League group, they have been somewhat underwhelming and injuries to both players have been detrimental to the Blaugrana’s progress.

When they return from international duty both Messi and Suarez will be hoping to help their club side recapture their most scintillating form in a tough run of fixtures which sees Barça take on ?Borussia Dortmund, ?Atletico Madrid and ?Inter Milan within the space of two weeks.