?Antoine Griezmann has officially announced his decision to leave Atletico Madrid this summer, with his long predicted move to Barcelona now imminent.

The World Cup winner has been linked with Barça for over a year and was expected to sign for the Spanish champions last summer, before the transfer saga culminated in a remarkable U-turn, with the player announcing his decision to stay at Atletico in the now infamous televised documentary ‘La Decisión’.

However, one year on and it looks like ?Barcelona have finally got their man, with ?Marca revealing on Tuesday that Griezmann had informed the club and his teammates of his decision to leave, before the player himself released a video statement posted on Atleti’s website and social media channels thanking the club for ‘five incredible years’.

In the short statement, Griezmann confirmed the details of Marca’s

It seems the payment of the contractual buyout clause of €200m (dropping to €120m on 1 July) is now all that stands between Barcelona sealing the deal, with an official announcement expected soon.

La Blaugrana had supposedly cooled their interest in Griezmann after being snubbed rather embarrassingly last year, but ?an apology from the striker and the all-important need to revamp the squad after another humiliating Champions League this season looks likely to trump all previous concerns over the transfer. 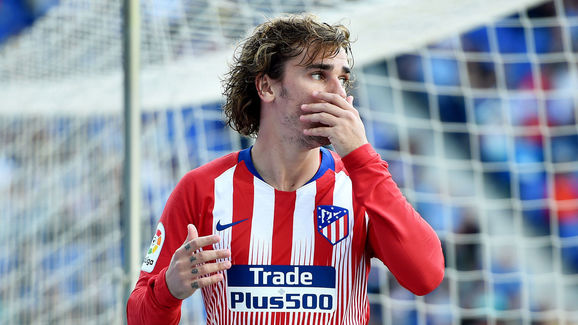 After last year’s saga, Griezmann signed a bumper new contract with Atleti (containing the release clause) while previous reports suggest he will even take a pay cut to join Barcelona, with the? terms of his potential deal reported last week.

As much as Barcelona want to refresh their squad this summer, ?Atletico Madrid look set for an enforced spree in the transfer market with first team stars Lucas Hernandez, Diego Godin, Juanfran, Filipe Luis and now Griezmann all leaving. Big question marks also remain over the futures of Manchester City-linked Rodri and veteran striker Diego Costa.