?Barcelona star Antoine Griezmann has praised the Spanish champions for their willingness ‘to suffer’ during their 2-1 victory over Getafe, as the Catalan giants look to defend their La Liga title this season.

Griezmann opened the scoring for La Blaugrana in the first half on Saturday afternoon, and a second from Sergi Roberto was enough to put the game out of Getafe’s reach, although the visitors did pull one back in the second half. 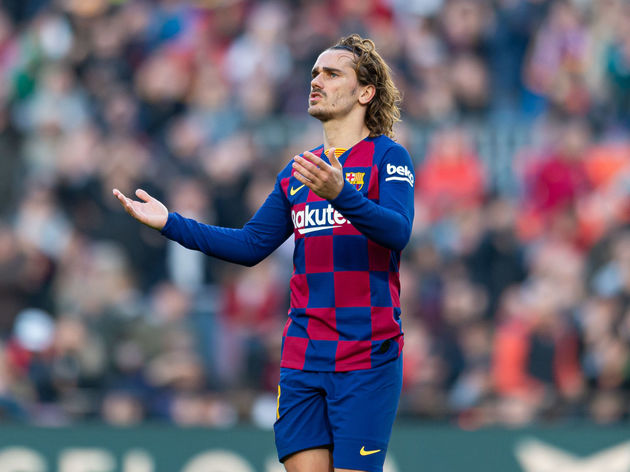 And speaking after the victory, the 28-year-old confessed that he and his teammates found it tough against their opponents, but that ‘it is good to suffer’ for three points, as reported by ?Sport.

“We know that Getafe is a difficult team to play because they press very well,” he said. “We tried to keep calm and tried to avoid the press well with the ball, but in the end it has cost us much more. But we have learnt how to suffer, and it is good to suffer.”

Griezmann was also full of compliments for teammate and superstar ?Lionel Messi, who assisted the Frenchman for the opening goal of the game. Speaking of his understanding on the pitch with the Argentina international, the ex-Atletico Madrid man claimed that their relationship ‘will surely get better’ with time.

“I’ve been here for seven months and we still have to learn each other’s movements, but in time it will be better,” he said. “I am enjoying working together with Leo and it will surely get better.”

Griezmann was also quick to dismiss rumours that he is not settled in Catalonia, and he stated that he is ‘very happy’ at Camp Nou.

“I am very happy, my family too and we are really enjoying ourselves here.”

?Barcelona are now level on points with leaders ?Real M?adrid, but Los Blancos have a game in hand, which they will play on Sunday evening against struggling Celta Vigo.