The legal battle regarding Barcelona’s signing of Antoine Griezmann from Atletico Madrid has been resolved with a private agreement between the two sides outside of court.

Atletico announced the legal dispute immediately after La Blaugrana had unveiled Griezmann following their triggering of his €120m release clause, claiming that when the Spanish champions made initial contact with the player, his release clause was still €200m. 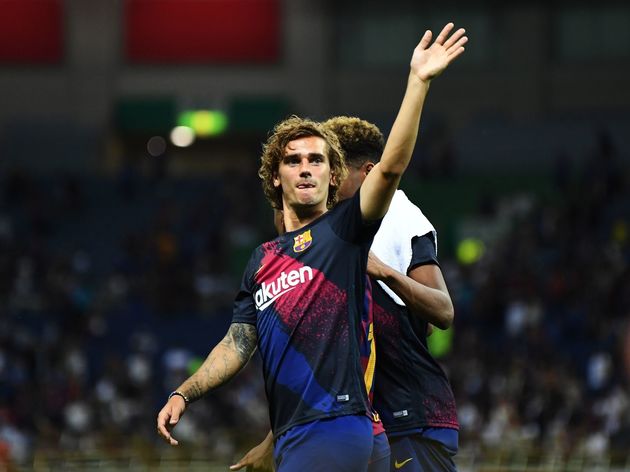 Los Rojiblancos were therefore demanding that Barca pay the fee in full, lobbying the Spanish Football Federation (RFEF) to open up a case against the player and club, which they did.

However, according to journalist Roberto, who was speaking to Spanish radio station Onda Cero, the dispute has now been settled outside of court, with the teams coming to a private agreement.

Roberto explained that ‘Atlético and Barcelona have settled their differences with Griezmann’ and confirmed that the matter had been ‘resolved’.

This will come as a relief to both club and player, though the Frenchman has been doing his best to ignore the controversy surrounding his switch, instead focussing on his joy at joining the La Liga champions.

Speaking on his excitement at playing alongside Lionel Messi, who is yet to join up with Griezmann and the squad for their pre-season following his exploits with Argentina at the Copa America, the World Cup-winner admitted: “He’s the best.

“When he talks, the whole world listens. He knows this. I want to meet him, get to know him, watch him in training, play alongside him, provide assists. I’ve thought about it when I’m in bed, at training, and watching videos.”

And Griezmann is convinced the partnership will work, explaining: “You make the ‘film’ in your head and I know it’ll go well. It’ll be really nice. “On paper, it sounds really good. Later, you have to show it out on the pitch, but I trust us, I trust the team.

“There’s also Ousmane [Dembele], Malcom, Philippe [Coutinho] too. There are a lot of top-quality attackers who I’m sure will help the team do great things.”