?Liverpool defender Andy Robertson has revealed he believes Barcelona’s Jordi Alba is the best left back in the world.

Robertson’s form at Anfield has seen his worth skyrocket over the past two years and he is now regarded among the best left backs in the world, while Alba has been renowned for his attacking exploits in Catalonia since his move from Valencia in 2012.

Neither player was included in the FIFA FIFPro World XI, with the spot strangely going to Real Madrid’s Marcelo instead. Now, Robertson has revealed Alba is the left back he ranks highest in the world, after ESPN named the Scot as the best player in that position. 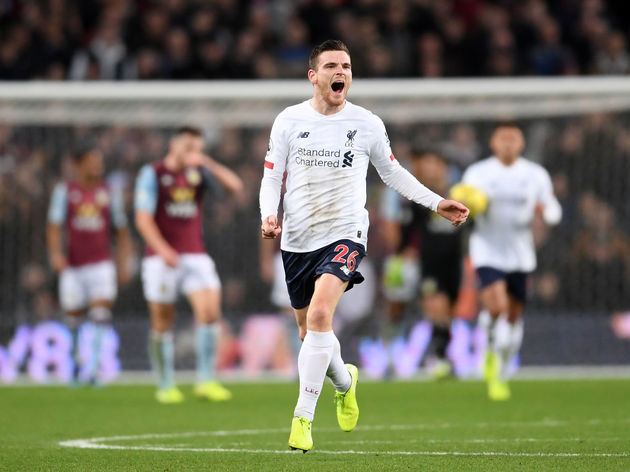 He said, as quoted by ?Sport: “For me, the best left back in the world is Jordi Alba.”

Alba certainly has a ton of admirers, but Robertson’s impact at Liverpool, alongside full back partner Trent Alexander-Arnold, has transformed the side’s threat in attack.

Robertson himself already has a goal and four assists in 12 Premier League games so far this season, also netting in the Champions League against RB Salzburg. Alexander-Arnold has also set up three goals in the league, scoring once.

Having joined Liverpool in 2017 from Hull, Scotland international Robertson initially struggled to get into the Reds’ starting lineup. However, he eventually made 22 Premier League appearances for the club in his debut season. His importance became more evident during the 2018/19 season as Liverpool won the Champions League and finished second to Manchester City in the Premier League, ending up just a point behind the champions.

With ?Liverpool now eight points ahead of second and third placed ?Leicester and ?Chelsea and nine points ahead of City, the Reds are in a stronger position than ever before to claim their first ever ?Premier League title.