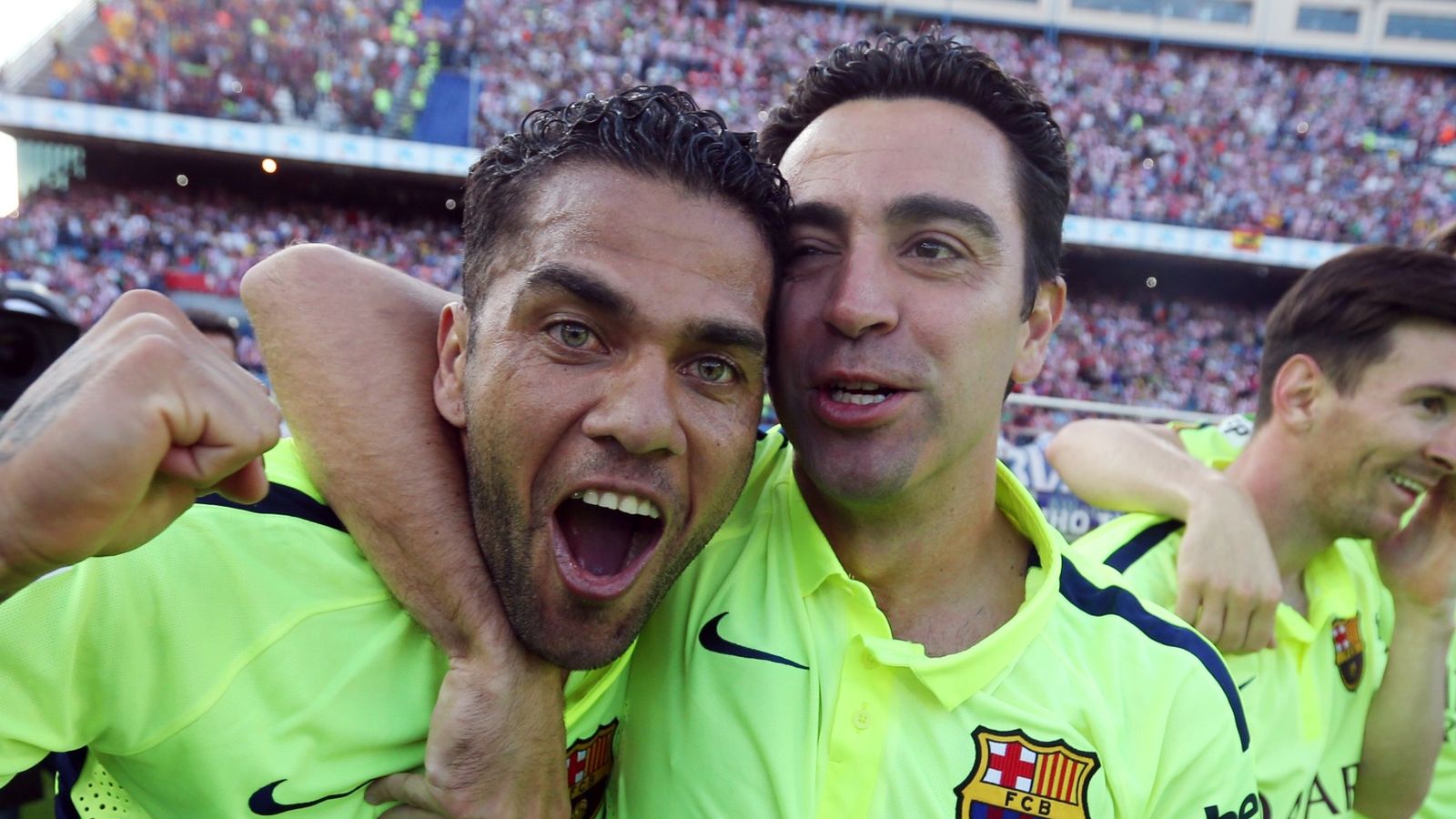 Dani Alves, who spent eight years at the Nou Camp with Xavi, will join up with his new team-mates after the international break but will not be able to play until January; the 38-year-old has not had a team since he left Sao Paulo in September after a dispute over unpaid wages