?Ajax Under-19 coach Ronald De Boer has advised star centre back Matthijs De Ligt to consider moving to the Premier League this summer, if he is to leave the Dutch side.

The teenage defender has a host of top European clubs chasing his signature following an excellent campaign where, as captain, he has led the team to a place in the Champions League semi-finals, as well as first position in the Eredivisie.

De Ligt’s performances for Ajax and Holland have been so impressive that De Boer insists he has the pick of any side he wants should he decide to move on, adding that he has all the attributes to be a success in England. 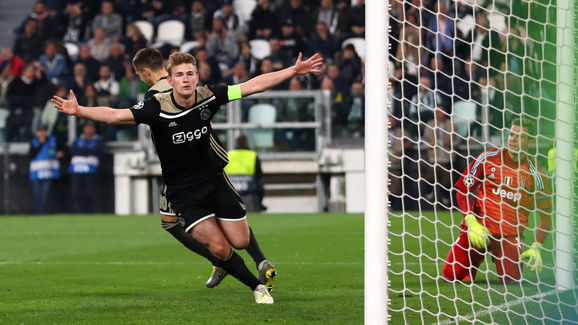 As reported by the Liverpool Echo, De Boer told talkSport: Manchester United are also desperate for a new defender having not kept a clean sheet for 13 games, with manager Ole Gunnar Solskjaer reportedly keen on signing younger players, like De Ligt, this summer.

Any fee for the Netherlandsinternational is sure to top the €75m which Barcelona have already agreed to pay for his teammate, Frenkie de Jong, this summer, with De Ligt expected to go for closer to €85m.