The Chelsea captain – unable to pick his Blues team-mates – has picked his XI, with the likes of Sadio Mane, Harry Kane, Sergio Aguero and Ryan Bertrand all featuring

With players unable to pick their team-mates, Terry has sprung a few surprises, as Nathaniel Clyne, Jose Fonte, Ryan Bertrand and Sadio Mane all feature in his XI.

In goal, David de Gea gets the nod ahead of Tottenham star Hugo Lloris, while Laurent Koscielny partners Fonte in the heart of the defence.

Up front, Spurs striker Harry Kane – who scored twice against Chelsea in a 5-3 win on New Year’s Day – joins Manchester City’s Sergio Aguero, who has hit 23 goals in all competitions thus far this season.

Morgan Schneiderlin, however, may feel unlucky to have missed out on Terry’s team, given his fine form this season, while Alexis Sanchez – who has enjoyed a superb debut season in the Premier League – is another notable snub. 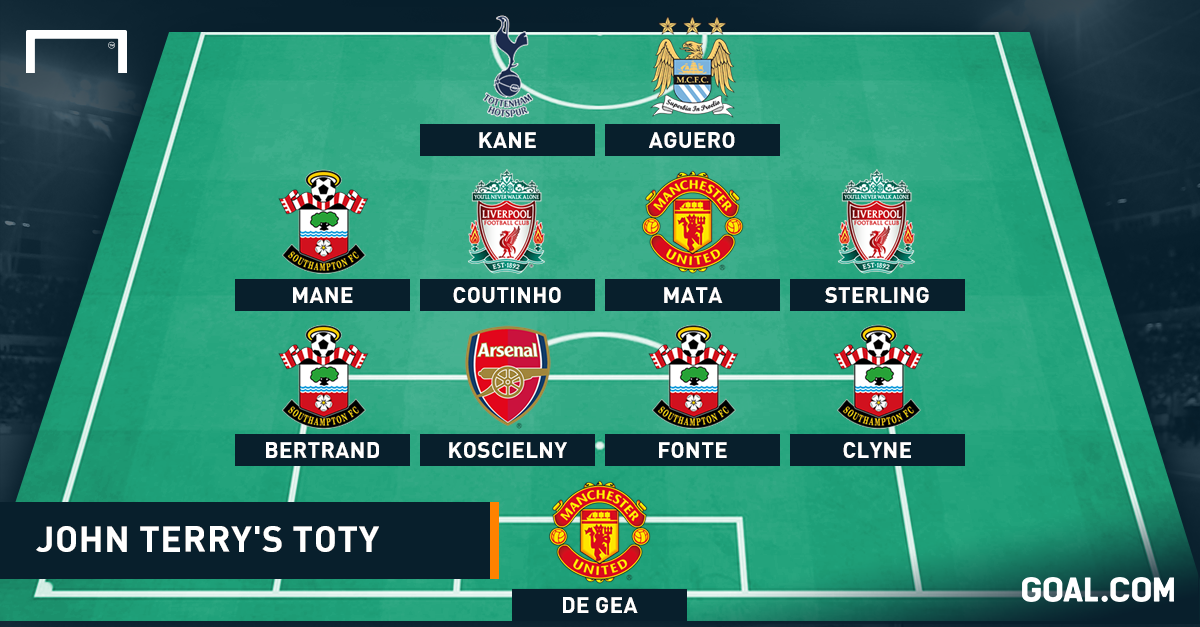