?Adidas have revealed their new ‘Hard Wired’ boot pack ahead of the upcoming season, with updated models of a number of classic styles.

The COPA, PREDATOR, X and NEMEZIZ models have all received fresh new upgrades, with the boots now available in a number of bright colours.

Fans will be able to see plenty of these boots next season, with the likes of ?Lionel Messi, ?Paul Pogba, ?Mohamed Salah and ?Paulo Dybala all set to sport the new colourways across the ?Premier League, ?La Liga and ?Serie A.

The COPA has now been given a new ‘solar green’ colour, and the absence of laces only makes this design stand out even more on the field.

Whilst the COPA is an entirely new colour, the PREDATOR model will be primarily light blue, but with black accents around the collar and traditional adidas stripes. The studs also have their own splash of yellow. 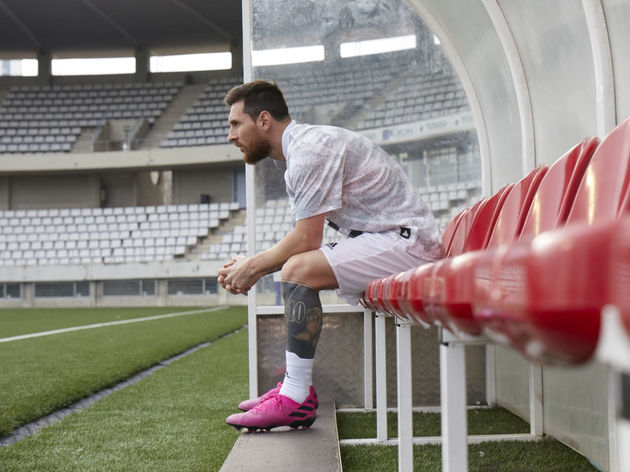 Similarly, the X is predominantly blue, but with its own unique accents. The ‘X’ logo on both the heel and the studs is highlighted in a bright pink, whilst the adidas stripes are again black.

Finally, the NEMEZIZ is the epitome of what the Hard Wired pack represents. Redesigned in a bold magenta, the boot also features plenty of black to highlight the contrast between the two colours, whilst the studs have their own white detailing.

Designed to help players stand out from the crowd, fans will certainly have plenty of choice when it comes to the Hard Wired pack. Some of the biggest names in football will model the boots over the coming months, given fans countless opportunities to see them in action.