For a number of weeks ?Borussia Dortmund had been lauded for winning closely contested games ‘like champions’, scoring late goals and mounting astonishing comebacks.

Well, it turns out that BVB weren’t winning games ‘like champions’, they were merely scraping by. And last Saturday at the Allianz Arena, Lucien Favre’s men were found out by a rampant Bayern Munich. “‘Does that mean it’s louder? Is it any louder?’

“‘Nowhere. Exactly. What we do is, if we need that extra push over the cliff, you know what we do?

Last Saturday, ?Bayern Munich turned it up to 11.

With the pressure on following a seemingly disastrous draw with Freiburg, FC Hollywood put on a blockbuster performance at the Allianz Arena, thumping BVB 5-0 and proving that they’re still the Bundesliga’s top dogs. Tuesday night was a perfect exemplification of why ?Tottenham Hotspur fans are head-over-heels in love with Mauricio Pochettino.

Written off as no hopers against the ALL MIGHTY Manchester City, Pochettino’s tactical masterclass inspired Spurs to a famous 1-0 win at the ‘New White Hart Lane’.

While the UEFA Champions League ties isn’t over – far from it in fact – Pochettino has given Spurs the opportunity to do something they’ve never done before: reach the competition’s semi finals.

In Poch we trust. 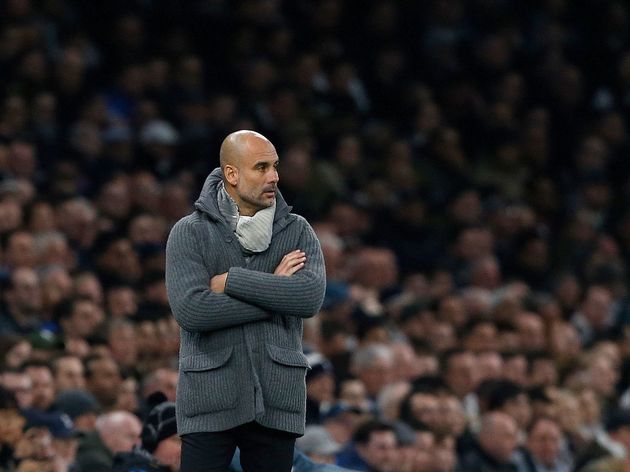 Pep Guardiola did it again.

?Manchester City manager Pep Guardiola decided to field a weakened team in his side’s biggest game of the season so far; and, of course, he paid for it.

As mentioned previously, the tie is by no means over, but Tuesday night was yet another instance in which Pep Guardiola – in the Champions League at least – made life incredibly hard for himself…for no reason. “Son, we live in a world that has walls, and those walls have to be guarded by men with guns.” (A Few Good Men)

Penned in their defensive third for the majority of the game at the Johan Cruyff Arena, La Vecchia Signora miraculously kept Ajax at bay (for the most part) and even scored what could be a crucial away goal.

Shoutout to Daniele Rugani, in particular, for his ?fantastic performance (yes, this sentence was an excuse to plug another article). “You can do anything you want, man.” (Stand By Me)

On the brink of yet another UEFA Champions League semi final following their 2-0 win over Porto.

On the brink of their first league title in nearly 30 years following their 3-1 win over Southampton.

Jurgen Klopp’s ?Liverpool are on the brink of history. “We’re very lucky in the band in that we have two visionaries, David and Nigel, they’re like poets, like Shelley and Byron. They’re two distinct types of visionaries, it’s like fire and ice, basically.” (This Is Spinal Tap)

As Manchester United and Atletico Madrid found out the hard way this past week, when Lionel Messi and Luis Suarez are on top form, no one can stop them. Manchester City have FINALLY been knocked off their perch atop 90min’s Definitive European Power rankings.

Despite drawing their Champions League quarter final first leg meeting with Juventus, Ajax top the Definitive European Power Rankings this week for one simple reason: they

Total Football is back.