“The Beastie Boys fought and possibly died for my right to party, so…” “But you’ve got to give it a go. Norwich are never going to win the league, but they still turn up every week don’t they? The pricks.”

He’s scored or assisted in his last five games in all comps, been man of the match in three of them, and he’s Lilian Thuram’s son. Plane. Scoring 41 goals in all competitions since Cristiano Ronaldo left ?Real Madrid, while his former hunting partner’s racked up ‘just’ 34? Oh, you know that feels good. “Oh my God, there’s a baby in there, about the size of a croissant. A terrifying, life-altering croissant-baby!”

Oh my GOD, there’s a baby in Salzburg, about the size of…well, about the size of a mountain. A terrifying, paradigm-altering mountain-baby who just scored his 13th, 14th and 15th league goals of the season this weekend. And his seventh Champions League this week. And he’s scored those 22 goals in 16 games. Memphis (re-)entered the power rankings last week, and scored against Benfica in the Champions League to celebrate.

Then he got injured. Now he is entering the abyss. He’s bought a house in the abyss. We might make it through this entire section without me mentioning that I hate the city of Lyon and basically see it as the abyss. Oh, no we won’t. “Life is all pain. Pain, rejection and gloom. Why do we even pretend that there’s anything other than a yawning blankness at the heart of…hey! 33% extra free! I’m doing excellent shopping. My depressed state of mind is making me even more frugal than normal.”

Real Madrid aren’t having fun. They keep getting gubbed in the Champions League by teams they’d have cruised past a couple of years ago, they’ve only won one of the last seven league titles, and they haven’t won the Copa del Rey in half a decade.

But hey! Fede Valverde looks great, and he came in for barely anything at all! Scored against Eibar and all! “These are the good times, love; after the initial nausea passes, but before the grinding comedown. Lovely.”

31 years old. Just off a failed season at West Ham, shortly after a failed spell at Arsenal. Lucas Perez has scored in seven La Liga games in a row, and nobody’s entirely sure how or why. And he’s done it for Alaves, for crying out loud.

These are the good times, Lucas. After the initial nausea (being a West Ham player) passes, but before the grinding comedown (the reality of being over 30 years old). Lovely. Nothing more need be said about *sigh* the Premier League’s most reliable goalscorer against good teams. “Oh yeah. Justice is done. Not actual justice, but, what I wanted to happen. Which is basically the same thing.”

Not my words, certainly not the mind-words (thoughts?) of

Hakim Ziyech? Not bothered. Pulled the strings of that game from start to his substitution in the 72nd minute, then bossed a 4-0 win against Utrecht on Sunday. That’s five assists in three games, mark you. “Hey! Wow, I’m actually good at this. Maybe I’m a natural – yeah, I’m a jogger! Of course, there had to be a sport for me, I just never realised. Legs like two great steam locomotives, pumping away, I’m unstoppable – JESUS, is that a stitch? F**k, I’m gonna be sick, I need to walk. Oh, I think I’m gonna puke, I’m literally going to die, ugh, what an idiotic boob I was back ten or eleven seconds ago.”

DISCLAIMER: Radja Nainggolan is an otherworldly footballer and might actually be the best midfielder in Serie A right now. He scored a goal and popped out three assists against Fiorentina.

He also gives the impression of being the least fit 31-year-old currently playing professional football. He’s not. But he seems it. “Well, I mean, people say it like it’s a bad thing, you know, running away from your problems. But if your problems never catch up with you, what’s the hitch?”

Timo Werner’s problems (aka defenders) will never catch up with him, and now he’s got seven goals and four assists in his last three domestic games and hahahahahahhaha how is that true that’s ridiculous. “I’m just a normal functioning member of the human race and there’s no way anyone can prove otherwise.”

Lionel Messi is not normal, nor is he a member of the human race. And we can prove otherwise, we’ve got all the footage – it’s called…watching Lionel Messi play football. Chelsea are third in the Premier League, have won six league games in a row and brought in Christian Pulisic this summer (technically, kinda).

They have a transfer ban.

The secret ingredient is crime. “No teas for the beastmaster, thanks. He feasts on the blood of his prey.”

Seven league games in a row, Ciro Immobile’s scored in. Ten goals in them, plus three assists and a couple of Europa League goals to keep him ticking over. Two more goals and an assist this week. No limoncello for the beastmaster, thanks. He feasts on the blood of Italian defences. 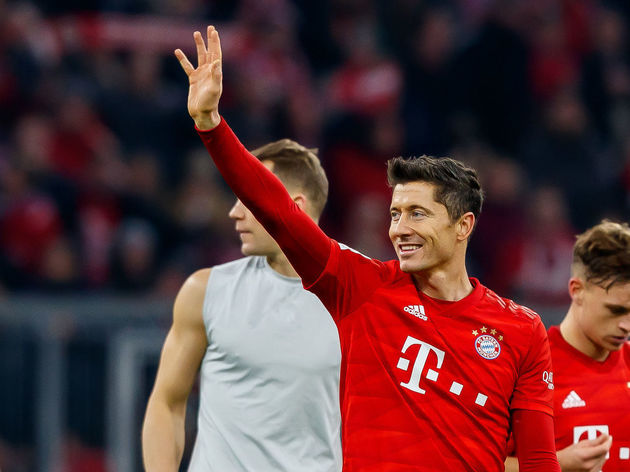 “So, a candle stuck in a wine bottle apparently doesn’t cut it anymore. Now for a special night you have to have Class-A drugs and…fisting.”

Robert Lewandowski has now started 16 games for Bayern this season across the Bundesliga, Champions League and DFB-Pokal, and has scored in all 16 of them.

A goal just doesn’t cut it anymore. Now for a special night, Lewandowski has to score off his back and…an overhead kick.