The Spanish federation have come into a bit of cash this week – fining Barcelona for not following the so-called ‘rules’ when signing Antoine Griezmann this summer.

It’s that kind of ‘winning a tenner on the lottery’ feeling though, because they’ve only made €300 out of it. That’s not enough to buy any of these things… Like hunters hanging the heads of animals they’ve killed on the wall, the RFEF might want to buy ?Barcelona’s home, away and third shirts with Griezmann’s name and number and peg them up.

1,072 Freddos (Without Postage and Packaging)

A Single Ticket for El Clasico 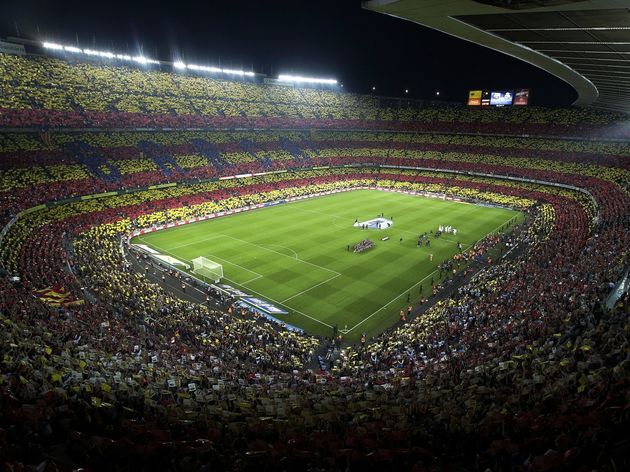 Did you know that Gerry Adams has written a cookbook? As he says in the description on the Sinn Fein book shop’s website (yep, it’s a thing): “These dishes would grace any dinner table. They are also healthy and nourishing. They helped to sustain the peace process.”

All yours for the low, low price of €9.99. The RFEF can buy anything up to 30 copies of it…but not a 31st. Incidentally, they also couldn’t buy 21 copies of ?Forgotten Nations, which I wrote and you should definitely buy. It’s law, all football money things have to be measured in Michus. Harry Maguire was bought for 40 Michus this summer. Barcelona’s fine is less than 0.00014 Michus. That’s 0.014% of a Michu. That’s…a toenail?

Barcelona have not given the RFEF enough money to buy Michu’s toenail.

Erm, nothing pithy to add here really. Just that if you go on Apple’s website and look at the Apple Watch section, there’s nothing under €300. Thanks for reading. A Return Flight From Barcelona to Montevideo

Antoine Griezmann bloody loves himself a bit of Uruguay – but getting there is pricey. The cheapest return flight from his new abode in Barcelona would set him back €534; with a layover to boot. The RFEF aren’t going to treat him to a holiday to say thanks for his part in earning them some €€€€€, is what we’re saying.