?The backheel. A skill which all of us can do, but not very well. Much like a ‘rabona’, we’ve all practised it in our backyard, away from the prying eyes as we tie ourselves in knots and collapse to the ground.

Well, Luis worldbackheeled finish on Saturday evening, amid all the Lionel Messi magic in Barcelona’s 5-2 victory over Real Mallorca.

After some exquisite ?Barca buildup play, Frenkie de Jong laid the ball into the path of backheelthemind-boggling

is not the first to perfect this skill.

The Italian wizard kicks off this glorious list. ?Chelsea are facing Norwich in the FA Cup, and the hosts win a corner. Danger for the Canaries. What they probably didn’t expect though, was a fierce backheel strike from Gianfranco Zola, whilst running away from goal. 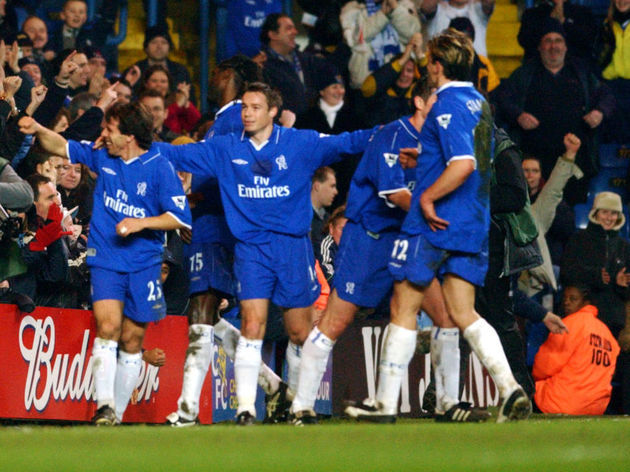 But that’s exactly what he did. Zola ran beyond the near post, yet somehow managed to direct the ball towards goal, lifting it enough to beat the surprised goalkeeper. The diminutive magician made so many people fall in love with Premier League football, and this was one of the many reasons why.

Of course, the king of acrobatics makes the list. Zlatan Ibrahimovic’s elasticity is impressive for a man of advancing years, and he demonstrated this nicely in a 4-0 victory over Bastia in 2013. Dani Alves’ cross is flicked on with a backheel (appropriate) and the ball hangs in the air for what seems an eternity.

As it’s dropping behind the big Swede, Ibrahimovic manages to elevate his leg to head height, and connect perfectly with the ball, firing it into the top-right corner.

If a game that ended 5-4 between ?Milan and Parma wasn’t mad enough, how about we add the cheekiest of backheel finishes in the mix? With the game balanced at 4-3 to the Italian giants, and with both sides down to ten men, Menez latched onto a weak backpass and poked the ball around the onrushing goalkeeper.

With the angle narrowing for the pacy winger as the ball trickled across the six-yard box, Menez confidently clipped a chip-shot over the despairing goalkeeper to seal the game for I Rossoneri.

A lovely one. Also, check out the own goal at the end of the game – an absolute clanger.

When you take a bad touch in front of goal, it often means that the chance has probably gone. Well, not with ?Sadio Mané in attack. The ?Liverpool star tried to bring down a whipped cross from the right-hand side, but his mis-control allowed the ball to squirm away from goal.

As the goalkeeper rushed out to close down the angle, and the Watford defenders swarmed around him, Mané produced an intuitive backheel finish which had just enough air to avoid Ben Foster’s dive.

This man really can do anything.

?Cristiano Ronaldo scores every type of goal, so it’s no surprise that he is included in this prestigious collection of players. Back in 2014, Ronaldo was wowing the Real Madrid crowd week-in, week-out, and he produced a stunning finish against Valencia to add to his repertoire of extraordinary goals.

The ball fell to winger Angel Di Maria on the left flank, and his lobbed cross arrived at around waist-height for the Portuguese star. With a violent karate-esque swing of his right leg, Ronaldo chopped the ball beyond the goalkeeper with unbelievable power. The Valencia shot-stopper laughs as he gets to his feet, knowing that his opponent is not human. Talk about unfair advantages.

Yep, he’s made the list twice. During a Euro 2004 game between Sweden and Italy, Ibrahimovic produced a mesmerising finish for his country. A deep corner is met at the far post, and a nod-down across the box causes chaos in the Italian defence.

A great goal on a huge occasion. That’s Zlatan.

Well, this legend was bound to make the list, wasn’t he?

Possibly the Premier League’s greatest ever player scored an outrageous backheel against Charlton back in the 2004/05 season for ?Arsenal, and it was a beauty. Back to goal (obviously), Henry was being hustled and grappled by Jonathan Fortune, who was determined to prevent the genius forward from turning.

and a goal befitting of its ranking.

Fabio Quagliarella, 35 years old and plying his trade in the mid-table of Serie A, produced one of the greatest moments of his long career against former side ?Napoli. A ball is whipped in from the right-hand side and into the path of Quagliarella, who has plenty to do whilst facing away from goal on the penalty spot.