A great record to hold, but nothing spectacular, one might think. Well, what if I told you that the maverick striker pulled off the exact same trick on the beginning of the previous decade, too? That’s right, ?Mario Balotelli managed to score the first goal of 2010 in Serie A, and then repeated this feat in 2020, too.

investigates (with the help of our good friends ?Opta).

When you’re in the middle of a relegation dogfight, the key is to keep your heads when those around you are losing them.

Someone needs to tell ?Watford that. wasPremierLeagueachieve such an unwanted feat? ?Sheffield United have made an incredible start to life back in the Premier League, and the Blades have sliced and diced their way to eighth place in the table. But where would they be without damned technology?

Well, Chris Wilder’s men have had an incredible FIVE goals chalked off through VAR decisions this season, and a total of seven decisions have gone against them. The Goddess of Goals

Well, ?Juventus have ?Cristiano Ronaldo, so it’s got to be them, right? Wrong.

What about ?Napoli, with their attacking trident of Dries Mertens, José Callejon and Lorenzo Insigne? Try again, friends. Okay, I’ll put you out of your misery – it’s Atalanta! La Dea

?I had a recurring dream as a child that a giant clown was chasing me and my family through some sand dunes, and my despicable parents and sister left me for dead in a giant sand castle.

So I think we can all relate to how ?Manchester United must be feeling, as they suffer the persistent nightmare of being battered by their local rivals on their own turf. ?Manchester City are responsible for four of Manchester United’s last 12 defeats at Old Trafford in all competitions, a stat which must leave the Red Devils tossing and turning in their beds, crying out ‘please Sergio, no more! Leave Phil Jones alone, he means no harm!’

If you’re a ?Barcelona supporter, then 2019 probably wasn’t too kind to you. La Blaugrana looked set to compete in the prestigious Champions League final, before ?Liverpool decided to humiliate them in a similar fashion to that which Roma dished out the season prior.

With their title defence hanging in the balance this year, Ernesto Valverde’s men were minutes away from kicking off the new decade with a win, until Espanyol striker Wu Lei bagged a huge equaliser for the struggling hosts. 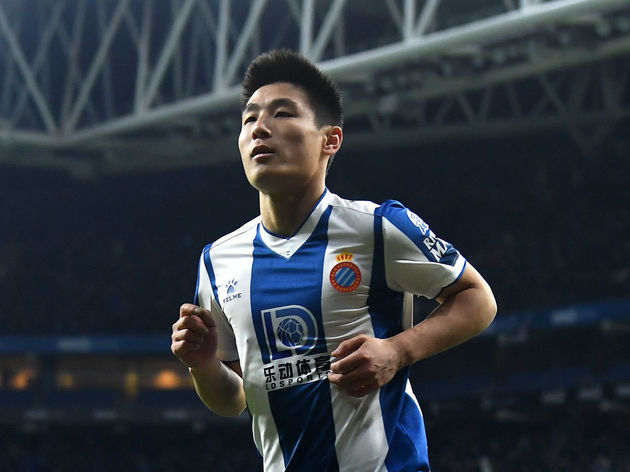 Fernando Fox in The Box The Spanish striker has a habit of being in the right place at the right time, and that ‘right place’ just happens to be the penalty area.

That tally is more than any other player within the top five European Leagues.

Here’s to another decade of tap-ins, Fernando.