?Champions League finals are usually the most memorable moment of the year, so when a stunning strike flies in, the world can’t help but to talk about them for years to come.

Former Montenegro winger Dejan Savicevic is far from a household name across Europe, but he produced one of the finest moments in ?Champions League final history in ?Milan’s dominant 4-0 thrashing of ?Barcelona.

His side’s third on the night, Savicevic’s goal was world class. He pressured defender Miguel Angel Nadal into coughing up position in a wide area and, as the ball bounced into the penalty area, Savicevic has one thing on his mind – shoot.

Without taking a touch to control the ball, the winger sent the ball flying over the head of goalkeeper Andoni Zubizarreta and into the back of the net, in what was the stand-out moment of a stunning team display. 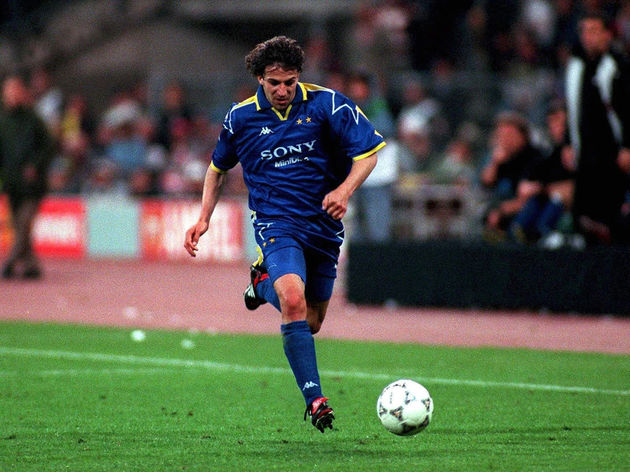 With ?Juventus trailing 2-0 against ?Borussia Dortmund in 1997, they needed something special if they were to have any hope of making a comeback. Enter Alessandro Del Piero.

The substitute was a constant threat to Dortmund’s defence, and got his goal midway through the second half. Alen Boksic fired the ball across goal, allowing Del Piero to show off his skills with an incredible back-heel volley to bring his team to within one goal of an equaliser.

Unfortunately, another impressive goal from Lars Ricken gave Dortmund a 3-1 lead, and they held on to bring home the trophy. ?Real Madrid’s 3-0 win over? Valencia saw Los Blancos storm to the trophy with ease, but it also produced one of the most memorable Champions League goals to date.

Midfielder Steve McManaman had already seen an impressive volley turned away by Santiago Canizares, but there was no stopping the Englishman the second time around. The ball dropped out of the sky towards McManaman on the edge of the penalty area, and he unleashed a spectacular karate-kick volley which flew into the bottom corner.

The goal put an end to any of Valencia’s hopes of a comeback, and there’s not much you can do when an opponent comes up with something like that. 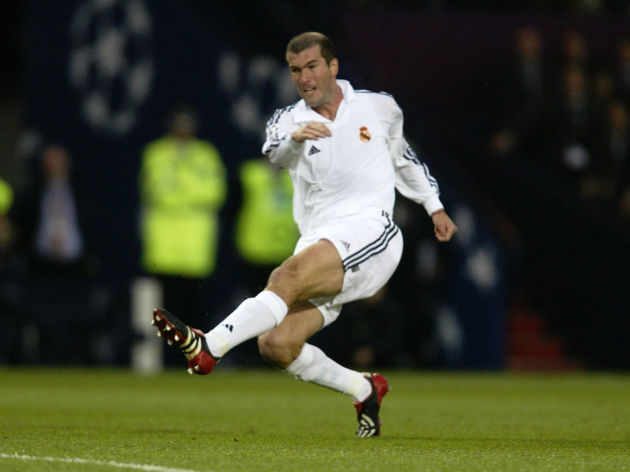 You knew this goal would be on here somewhere. Zinedine Zidane sent shockwaves across Europe with his utterly outstanding volley against Bayer Leverkusen in 2002.

Roberto Carlos fired in a high cross towards Zidane at the end of the penalty area, and time seemed to slow down for the Frenchman. His eyes were locked on the ball, and he sent a picture-perfect volley flying past Hans-Jorg Butt to steer Real Madrid to the trophy.

The Frenchman is widely regarded as one of the finest midfielders of all time and, with moments like this, it’s not hard to see why.? The 2011 Champions League final was an exhibition in how to play football, as Pep Guardiola’s Barcelona dominated ?Manchester United en route to a 3-1 win. Mario Mandukic and Juventus fell to a crushing 4-1 defeat at the hands of Real Madrid in 2017, but they certainly managed to create the most memorable moment of the final.

?Cristiano Ronaldo had given Los Blancos the lead, but Mandzukic fired back in emphatic fashion. ?Gonzalo Higuain flicked the ball towards the Croatian in the box, and Mandzukic chested the ball down before unleashing a stunning overhead kick which looped over Keylor Navas and into the back of the net. ?Gareth Bale will undoubtedly have been disappointed to see his name on the bench for Real Madrid’s meeting with ?Liverpool in 2018, so he decided to take out his frustrations on the Reds’ defence when he eventually got onto the pitch midway through the second half.

Three minutes after his introduction, ?Marcelo fired a cross in towards Bale, who leapt into the heavens to connect with an overhead kick. The ball rocketed past the helpless ?Loris Karius and into the top corner, and the world was left speechless.

A Karius howler gifted the Welshman a second late on, and Bale wrote his name into the history books. Not bad for half an hour’s work.