?It’s now March and the same title races we were gushing over towards the end of 2019 are still bloody tight.

The Premier League is done and dusted despite Liverpool’s recent blip, but it’s still anyone’s guess who lifts the trophies of Spain, Germany and Italy. Real Madrid’s win in El Clasico last Sunday saw them leapfrog the Catalans at the summit La Liga, while RB Leipzig’s draw at home to Bayer Leverkusen means that Bayern hold a three-point lead at the top of the Bundesliga – with three teams within six points of the Bavarians.

And don’t let the disruption caused by the coronavirus outbreak distract you from the most exciting Scudetto race in years. Lazio’s win over Bologna means Simone Inzaghi’s side now sit top of the table, two points ahead of Juventus and a further six ahead of Inter – with a smattering of games in hand for the chasing pack. An important clash in the race for the top four in La Liga, Atleti

In what’s been an indifferent campaign for Los Rojiblancos, Diego Simeone will know just how important his next two fixtures are in defining his side’s campaign – the second leg of their Champions League last 16 tie against Liverpool

Julen Lopetegui’s side currently occupy third in the table, two points above this weekend’s opponents after a mightily impressive 3-0 win away at the typically stout Getafe and a 3-2 home win against an enterprising Osasuna outfit.

Despite the Liverpool fixture on the horizon, Simeone can ill-afford to rotate too heavily for this crunch encounter. It’s been hard to define Quique Setien’s start in Catalunya as Barça boss but one thing’s for sure, he can ill-afford to lose back-to-back games in La Liga ahead of Real’s trip to Betis on Sunday night.

Real Sociedad will be no walkover, mind. A side packed with technicians including Mikel Oyarzabal and Martin Odegaard along with a versatile forward in Alexander Isak, Saturday’s visitors will pose a significant threat to Marc-Andre ter Stegen’s goal in this one.

A tricky game for the Catalans. Two of Germany’s finest go head to head on Saturday evening, as Dortmund

The arrival of Emre Can in January has certainly helped BVB stiffen up defensively, while their attack remains as potent as ever despite scoring just the one in the win over Freiburg last weekend.

This promises to be an intriguing tactical battle played at a frenetic pace. One you simply can’t afford to miss. 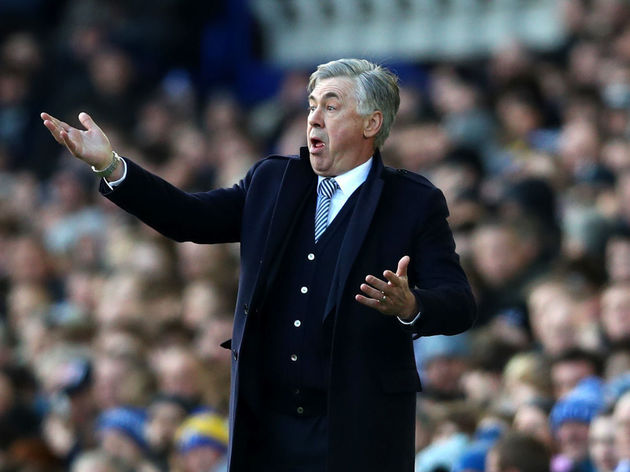 Everton are a serious side, and are set for a bright future with Don Carlo at the helm at Goodison Park.

With Mason Holgate spraying diagonals to all corners, Richarlison causing mayhem in the channels and Dominic Calvert-Lewin bullying opposition defenders, the Toffees have proved a tough proposition for every side they’ve come up against under the Italian boss. Whisper it, but is Ole Gunnar Solskjaer actually doing a half-decent job at Old Trafford?

Nine games unbeaten, safely through to the FA Cup quarter-finals and Europa League round of 16, just two points adrift of the top four. Things aren’t looking so bad for the Red Devils all of a sudden.

And with Bruno conducting United

The Sky Blues have looked more like their back-to-back title-winning sides in recent weeks, producing a fantastic performance to beat an albeit rather average Real Madrid side at the Bernabeu ten days ago before lifting yet another Carabao Cup after a 2-1 win against Aston Villa The coronavirus outbreak in Italy has wreaked havoc on Serie A

Despite Lazio currently occupying top spot, Sunday’s clash certainly feels like the most crucial of the season thus far; with not only the title on the line (sort of), but potentially Maurizio Sarri’s job as well.

Nevertheless, Antonio Conte and his well-drilled Inter unit will feel confident of toppling this not-so imperious Juve side behind closed doors in this one.