?If, like all of us, you’ve rediscovered your love of video games during this lockdown period, then it’s more than likely you’re familiar with Football Manager.

One of the most in-depth, meticulous and downright magnificent games ever produced is loved and adored by many, as players take on immense challenges with the aim of guiding their chosen side to the very top.

Your free fortnight ?#FM20 data from the last two, free weeks. Thanks for your support, we hope you can continue to enjoy the journey you started ? pic.twitter.com/KVDQZUZaF3

When I said ‘all of us’, though, I did actually mean all of us. As, just like us normal folk, footballers are also getting lost in the world of gaming as they embark on their own periods of solace and isolation. And yes, believe it or not, those whose jobs it is to play football every day actually like to maintain that theme in their free time.

Normally FIFA is the chosen football game of the professionals, but Football Manager also ranks highly among the options available. And just like the adventurous and crazy of us, the pros have succeeded in making some pretty impressive saves in the game.

Here are a few of the best ones…

Last summer rumours surfaced that Antoine Griezmann might be a closet ?Arsenal fan (something at present it isn’t best to shout home about) when he revealed his Gunners squad in 2023. Which, by the way, obviously isn’t true because it’s just a game.

His tack was to discard all of the current Arsenal squad and replace them with up and coming British talent, with a few sprinkles of European talent thrown in for good measure.

The likes of ?Borussia Dortmund?Liverpool

?Ousmane Dembele spent his downtime in the 2018 World Cup making like the characters in Shaun of the Dead and heading to the Winchester.

The Barcelona starlet used the game’s editor to create ‘Winchester FC’ with the intention of taking his new minnows from the eighth tier all the way up to the Premier League, while bringing a ‘South American atmosphere’ during each game. We don’t know why either, but God we’re glad he did.

Get in touch if anybody wants to purchase any merchandise ???#youcitizens

Diogo Jota is spending quarantine playing Football Manager and has taken Telford United to the Premier League in 2029 which I think we should all take a moment to appreciate. 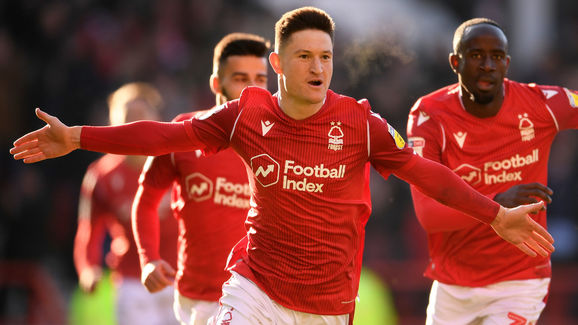 Nottingham Forest’s Player of the Season in the 2018/19 campaign has shown over the years his skillset extends beyond the digital world. Not just savvy with a ball at his feet, Lolley clearly has a keen eye for the managerial side of thing with his impressive save on the game.

Speaking on the game’s ?official website he revealed his save with Shrewsbury, but also casually dropped in a stupendous alternative with Oxford City. It’s 100% football all the time for the winger, apparently.

He revealed: “We won the domestic league [with Shrewsbury] and were the best team in Europe every year for about eight to 10 years. I finished around 2040 playing a ridiculous formation (which I’ve never ever been able to replicate with any success) and winning roughly every game in the Joe Lolley stadium. Good times.”

“My current save with Oxford City is up to 2037 and I’ve gone from conference South to five top flight titles and three European trophies, so that’s right up there,” he nonchalantly added.