The Lionesses are hoping to break the attendance record for a women’s match in England next month with over 75,000 tickets already sold for the upcoming friendly against Germany at Wembley on 9 November.

The current record was set during the 2012 Olympics when Team GB beat Brazil in front of a crowd of 70,584 people – but the hype hasn’t stopped there.

Over the course of the 2019 World Cup and since the beginning of the WSL this season, the interest in women’s football has continued to grow – with many clubs breaking their record attendances in the opening fixtures.

But which clubs have managed to rack up the biggest numbers? Here’s a look at six matches that have played a significant part in women’s football history.?.. 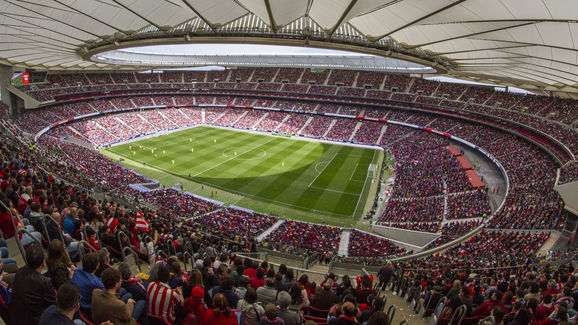 In Spain, women’s football has continued to grow in popularity with an incredible attendance of 60,739 at the Wanda Metropolitano earlier this year, the standout statistic.

Atletico Madrid took on ?Barcelona in a 2-0 defeat, breaking the world record of a crowd for a club match in women’s football. But Spain isn’t shy of big numbers – in February, over 48,000 attended Athletic Bilbao’s cup game against Atletico at the San Mames. Although there were problems surrounding ticket sales at the 2019 World Cup, the final did not disappoint – with 57,900 fans taking to the Stade de Lyon.

It was an incredible moment in women’s football with the World Cup breaking records left, right and centre – so a full house for the final seemed adequate for such a big competition.

Unsurprisingly, the United States were victorious in a 2-0 win over the Netherlands to retain their title. One of the largest North American Women’s Soccer League stadiums, Portland Thorns’ Providence Park has played host to nine of the top ten attendance records in US domestic women’s soccer history – with four of those coming post World Cup 2019.

In August, Portland Thorns played host to North Carolina Courage in front of a record crowd of 25,218.

World Cup winner Crystal Dunn struck early for the visitors but two own-goals ensured a home win on the night in front of the big crowd. Taking it back to the very start of the season, ?Manchester City Women hosted Manchester United Women at the Etihad for the first time in their club’s history, reaching a crowd of 31,213 – a record attendance in the WSL, thanks in part to the interest generated by the summer’s World Cup.

City were able to secure three points with a stunner by Caroline Weir in the second half – but United put on a good show, with the result ending in a narrow 1-0 victory to The Citizens. The Manchester derby paved the way for other WSL fixtures, with many playing at larger grounds during the 19/20 season… A day later, ?Chelsea hosted London rivals Spurs at Stamford Bridge with a turnout of 24,564.

Despite allocating free tickets to fans, the attendance at Stamford Bridge fell short of breaking the record set the previous day. Nevertheless, it was still part of a record-breaking weekend in WSL football. Emma Hayes’ side secured an early lead with a superb strike from Beth England in the 4th minute. Newly promoted Spurs played well against an experienced Chelsea team but once again, the hosts were victorious with a 1-0 win. More recently, the ?Hammers put on a show of their own at the London Stadium with a crowd of 24,790 against Spurs – the second-largest attendance in WSL to date.

However, the hosts weren’t as lucky this time round and Spurs put in an excellent performance, beating West Ham 2-0 to ruin their historic moment.

Rianna Dean and Lucy Quinn scored to secure three points for their side, who have made a promising start in the WSL.