?Imagine being so good at football that you break the transfer world record not once, but twice.

Only two players have ever done. The first? Diego Maradona. And the second? Ronaldo. Not the sociopathic Portuguese imitator. No, the original Ronaldo.

Picking just five moments from his illustrious career was not an easy task but we’ve given it a go anyway. So… sit back, relax and prepare to revel in the warm splendour of a bonafide footballing deity. 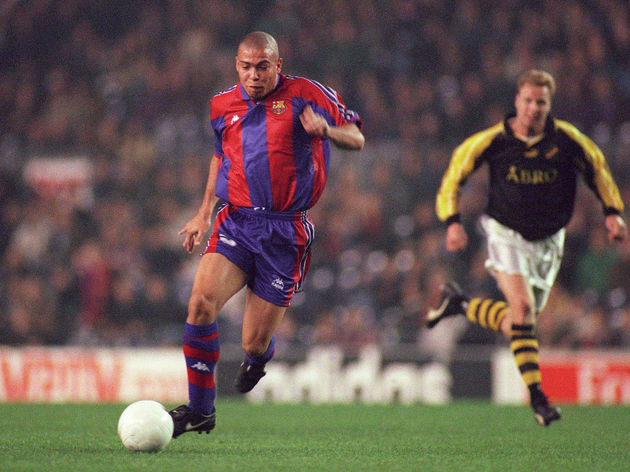 ?Ronaldo’s one season stay at Barcelona has been canonised in footballing folklore.

This was El Fenomeno at his pinnacle. Lean, powerful and technically effortless, the Brazilian glided past ?La Liga defenders all season long, finishing with a scarcely believable 47 goals in all competitions.

Although he would go on to achieve many other feats in his career, it would never be quite as good as that spell in the Catalonian sun. Those wanting to understand what all the fuss is about with Ronaldo should use this as a vantage point into his brilliance. 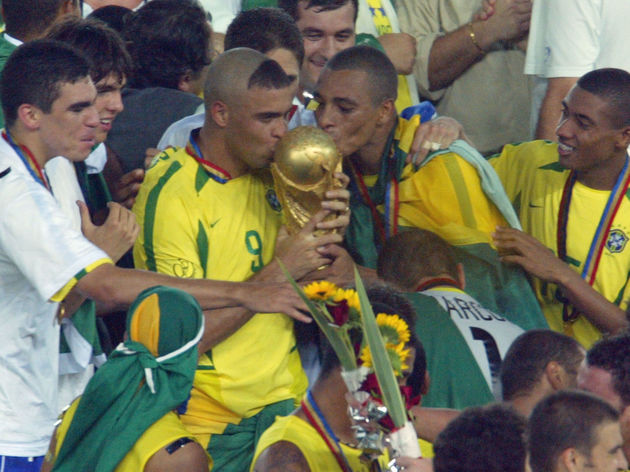 ?The day of the 1998 World Cup final, Ronaldo suffered some sort of medical episode – the precise details of which retain the interest of conspiracy theorists everywhere.

Whatever happened, it affected Brazil’s star man’s performance as France breezed to a 3-0 victory.

Four years later, Ronaldo would return to the greatest stage of them all with avengeance. He scored eight goals – including two in the final against Germany – to help clinch Selecao their fifth World Cup.

And, he did it all while sporting the worst haircut in footballing history. Huge respect to Ronaldo’s barber for getting himself paid for that monstrosity.

The first game for your new club can be nerve wracking. Just ask Robbie Keane, he’s experienced it countless times. 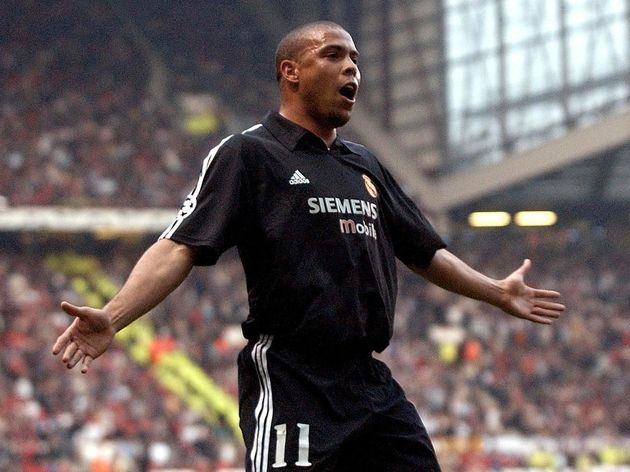 ?You have to be bloody good at football to score a hat trick at Old Trafford. You have to even better to do it as a visiting player and you have to be a bonafide footballing freak to do it in the Champions League quarter final. ?The final act of Ronaldo’s complex and meandering career was to help Corinthians – previously home to Brazilian legends ?Socrates and Rivellino – win the Sao Paulo state championships in 2009.

He scored 10 goals in 14 games en route to the title, proving that the magic he possessed earlier in his footballing life was still bubbling away.

Eventually, injuries got the better of him and he announced his retirement from the game in 2011.