The mierda is hitting the ventilador at Barcelona.

While about as popular as the Coronavirus on social media, Ernesto Valverde’s dismissal somehow hasn’t magically righted the ship at Camp Nou, and now things actually seem to be getting worse. Huh.

Sporting director ?Eric Abidal looks to be the next with his neck on the block after his candid interview – in which questioned the players’ effort levels – was not well received by Lionel Messi, who in turn hit back on Instagram. Can’t have an unhappy Messi now, can we?

?AS has also reported dressing room bust-ups between senior players, while on the pitch, the injury crisis just gets worse, with Luis Suarez and Ousmane Dembele out for the rest of the season. Desperate for a January arrival to cover, Abidal and Barça sold Carles Perez and Abel Ruiz to raise some capital…but no-one arrived. Ah.

All the while, a ?newly pragmatic Real Madrid – unbeaten in ?La Liga since October – are pulling away at the top of the table.

One silver lining in the mushroom cloud of doom and gloom for ?Barcelona is that someone dusted off some Spanish fine print that says they might be allowed to make an ’emergency signing’ outside of the normal transfer window (someone call Jim White, this is unprecedented!!) due to their situation.

The catch? The signing must come from within Spain. Who could it be? I thought you’d never ask… Since wowing Teeside with 16 goals in 68 appearances, Stuani has actually reinvented himself as one of Spain’s most prolific strikers.

The Uruguayan hit 20+ in consecutive seasons in La Liga with Girona, before getting relegated at the end of 2018/19. However, he’s still scoring for fun in Segunda as he leads the charts with 20 in 22 this term.

With a release clause of €20m, Disco Stu is the obvious choice. He probably doesn’t even need to move house, based as he is in Catalunya.

By the by, the other in-form Segunda striker this season is 22-year-old Luis Suarez at Zaragoza. Sadly, the possibility of Barça replacing one Suarez with another is negated by the fact that this one is on loan from Watford and therefore not eligible for transfer. Shame. 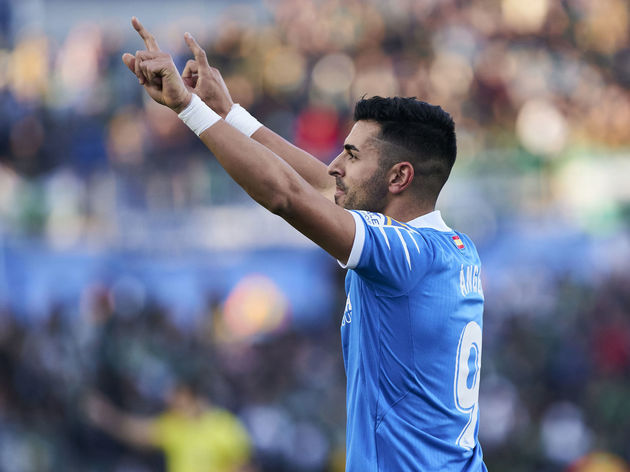 If cheap and cheerful is the brief (it is), Barça could do worse than turning to Getafe’s Angel Rodríguez, who has a release clause of just €10m.

At 32, Angel is no spring chicken either but his scoring numbers have been impressive for Geta since arriving in 2017. He has 13 in 27 so far this season (nine in La Liga), while his versatility makes him an attractive option for the short to very short term.

Interestingly, the Canary Islander (born in Santa Cruz de Tenerife like Barça favourite Pedro – if that makes him any more appealing) has only started six games in La Liga this season for Pepe Bordalas’ high flying Getafe and is often a rotation option with Jaime Mata and evergreen captain Jorge Molina. Aren’t there enough ‘Moróns’ at Barcelona already these days? Weyyy.

The amusingly named Real Betis striker is well acquainted with Barça incumbent (for now) Quique Setien, having worked together in Seville. He’s a natural finisher who has made his way up through the lower tiers, playing in the Tercera Division (Spain’s regionalised fourth tier) as recently as 2017.

An intelligent, technical player who is not averse to defensive contribution and only 26 years old, Morón might seem like a smart buy. However, the Marbella-born forward is perhaps not long-term ‘Barça quality’. His release clause, supposedly around the €40m mark, may make him prohibitively expensive. 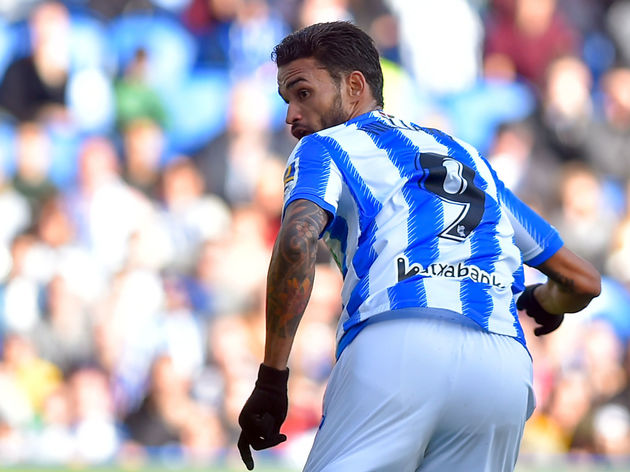 La Blaugrana seemed to have put the Brazilian-born Spain international (and one time Bolton forward) in their crosshairs in January…until it turned out they didn’t really have any money.

Valencia president Anil Murthy told fan site Batzine (via ?AS) about Barcelona’s failed proposal for their striker: “If you can offer with real cash, then great. If you can’t guarantee an exact kind of payment, then we can’t go through with it.

Now that they may be afforded another crack at actually completing a transfer, it’s possible Barça could stick their collective hands down the side of the sofa in search of the €60m Valencia are supposedly after…but at 29 this year and having only ever scored double figures once in the league in five full seasons in Spain, is Rodrigo really the player they want? Really?

What’s Kevin-Prince Boateng up to these days anyway?