Jordi Alba is ranked 36th in 90min’s European Player of the Year series.

In a lot of ways, 2019 was Alba’s Barcelona career in a microcosm. La Liga? Won it at a canter (more on that later). Champions League? Best not talked about. Injuries? Just enough to be annoying. 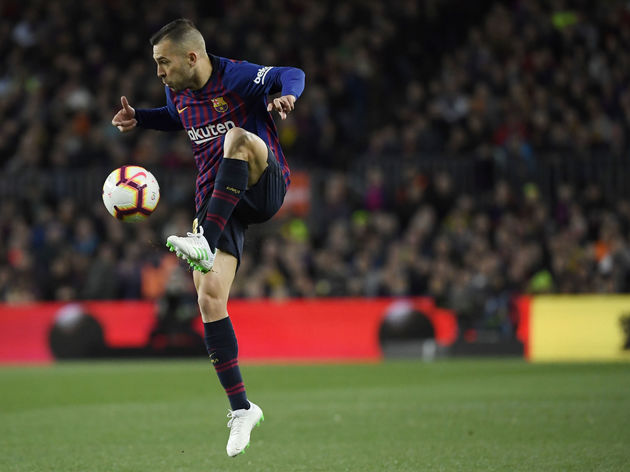 It’s easy to forget, given Barcelona’s eventual margin of victory, that the Spanish league title took a long time to wrap up last season. There was a spell through February and March where Atletico Madrid looked like they could push the reigning champions all the way – and a win at Camp Nou would have cut Barça’s lead to just five points with more than enough games (and distractions) to come.

Ernesto Valverde’s side dominated possession, shots and, after Diego Costa’s 27th minute red card, number of men on the pitch. Alba had already had the best chance of the game early on, seeing his poked shot rebound off Jan Oblak’s right-hand post, but no goal came. Chances went begging, and Atleti did as Atleti do, soaking up the pressure with the aim of nicking a winner.

That was all undone with five minutes to go when Alba did as he does, marauding down the left to create a mismatch against Angel Correa and putting it through the Argentine’s legs to feed Luis Suarez. Suarez scored, Camp Nou let out a collective breath, and turned their minds to a Champions League quarter-final…