Well, here we are.

Football has gone and so has all the toilet paper.

Normally about this time, we might do a Things We Learned from the weekend’s action but there wasn’t really any. Yeah, odd isn’t it?

Still, let’s not the tedious issue of a lack of actual football matches stop us from analysing football. For the game itself is like, what, 2% of all the fluff surrounding it.
?

?And the fluff is the good stuff…right? RIGHT?? I mean it’s either that or we pack it all in and watch Mrs Brown’s Boys.

Anywho, here are a bunch of little things we learned from the weekend’s inaction…

Gary Lineker Has a Very Predictable Word Muted on Twitter Presenter, national treasure, crisp advocate; Gary Lineker has kept himself occupied in the doldrums sans Match of the Day by tweeting himself daft.

Most notably, it was revealed in an exchange with journalist Sid Lowe that the ex-Barça front man has a very predictable word ‘muted’ on Twitter…so don’t even bother trying yeah?

Muted the word yonks ago, so rarely see it….although yours came up. Have you got special ‘shat on’ powers?

Alex Oxlade-Chamberlain Is a Great Dancer

One man seemingly unperturbed by football’s hiatus is loveable Liverpool midfielder/puppy in human form Alex Oxlade-Chamberlain, who danced his way up some stairs with girlfriend Perrie Edwards.

Antoine Griezmann Loves Football Manager (and So Does Joe Lolley)

Not everyone is getting their cardio in, however.

There’s no word on how Ousmane Dembele’s famous Winchester FC are doing these days, however. Still, if Shaun of the Dead taught us anything, Winchester is the safest place to be.

In Fact, Everyone Loves Football Manager

it’s not just for professionals though, normal common or garden humans are taking to Football Manager in record numbers.

The game’s creator Miles Jacobsen confirmed on ?Twitter that upwards of 89,000 people had loaded up a save on Sunday 15 March – a new high.

?Sevilla vs Real Betis, known as El Gran Derbi in Spain, was scheduled for Sunday.

Obviously that didn’t happen…except that it sorta did!

Betis took the win, as shared in the above clip, with Borja making sure to score the only goal of the game with his own avatar. Expect much more of this kind of content in the coming gameweeks.

You might not be able to find toilet paper on the shelves, and that’s because professional footballers have taken all of it for #content. Probably.

Barcelona and Real Madrid reignited their Clásico rivalry quarantine-style with a bog roll skills-off between Riqui Puig and Braham Diaz to raise awareness/lift spirits during Spain’s ‘state of alarm’. ?Read more about it here. If you thought Karren Brady’s hot take on cancelling the football season right now with West Ham above the drop was the most transparent thing you would hear from an owner this weekend, well you were dead wrong.

Lyon’s prez Jean-Michel Aulas has out-Brady’d Brady with his solution on how to proceed with events. 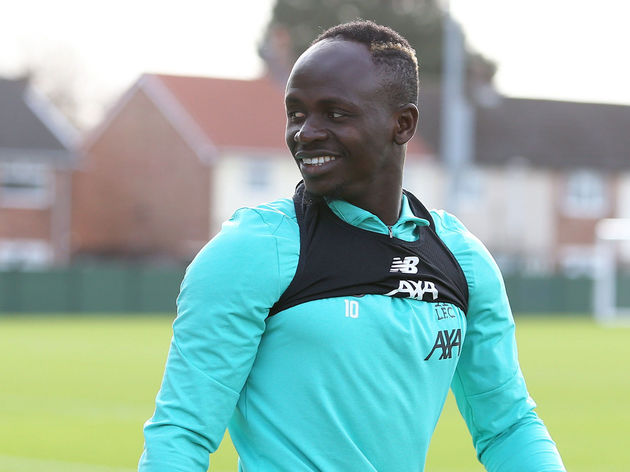 You’ve gotta hand it to yer Don Balons, yer El Desmarques, yer Tuttosports and the rest. There could be an actual nuclear apocalypse and they’d still have Mohamed Salah on the verge of a £150m part-exchange move to PSG with Kylian Mbappe going the other way the next morning.

In the last few days, we’ve heard about Real Madrid coming for Sadio Mane, Chelsea lining up an £85m move for Leon Bailey and Harry Kane to Juventus…

Ok, we get it. There’s nothing much to banter at, but watching university graduates play noughts and crosses and connect four in the name of official club #content is…bleak.

Not you Forest Green. This is very good.

Those who absolutely refused to not watch live football at the weekend had the choice of Brazil’s state championships, the Hungarian top flight or Turkish Super Lig.

And there is a correct choice from those three… Where else can you see Martin Skrtel score an oggy, Cameron Jerome line up alongside Ricardo Quaresma and Steven Actual Caulker bag a match-winner?

Here’s ?a full rundown of what happened in Turkey this weekend (obviously very much from a Premier League fan’s perspective).