?Former Barcelona and Spain midfielder Xavi has set his sights on returning to Catalonia as a manager but revealed that he would also be interested in a ‘big’ Premier League job.

Xavi, who called it time on his playing career in May this year, made over 700 appearances for Barcelona

The former central midfielder was pivotal in a Spain side that won the European Championships and World Cup back-to-back-to-back between 2008 and 2012. He also helped his boyhood club to eight La Liga titles and four Champions League After leaving Barca in 2015, Xavi went on to make 82 appearances over four years for Al Sadd in Qatar, the side that he now manages.

Despite being a relative novice in the world of football management, the Spaniard is setting his sights high for the future.

He said, as quoted by Sky Sports:

“My idea, which also happened to me as a footballer, is to be in Barcelona.

“Training this type of team would be a privilege and the greatest privilege for me would be to return to Barca.” Despite Barça being his number one choice, Xavi hasn’t ruled out the possibility of managing in the Premier League

“Obviously if I had to choose, I would choose a big team, [Manchester] City 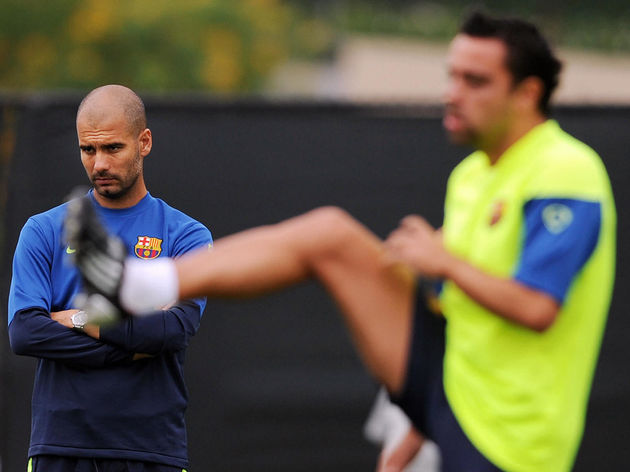 Xavi may want to take inspiration from Pep Guardiola, who transformed himself as a player at Barca to the manager.

Speaking about the Manchester City

“He is a brilliant, demanding, passionate, obsessive person, that’s why he’s doing so well. It transmits a lot to the footballer. I learned a lot and enjoyed my time at his side.”