Goal.com nominates the top three standout performers from Brendan Rodgers’ debut season in charge at the Merseyside club – have your say in the comments section below!

Following the summer appointment of manager Brendan Rodgers, Liverpool’s season has panned out largely as the realists expected.

A campaign defined by the liberal use of the word “transition” by fans, the manager and players has materialised, and that has understandably provided a mixed bag in terms of results.

Early exits from the Capital One Cup and FA Cup, at the hands of Swansea and Oldham respectively, were particularly disappointing given last year’s run to the finals of both competitions and victory in one.

The Reds also saw their Europa League campaign ended at the quarter-final stage by Zenit St Petersburg, a team who might have been considered easy pickings during recent years of European success.

However, the Merseyside club look set to improve on last season’s eighth-placed Premier League finish by one place at least, while an attack which looked anaemic at times under Kenny Dalglish has already surpassed last year’s goal total.

Here, Goal.com looks at three reasons for Liverpool’s (admittedly minor) improvements this term, and you can let us know if you agree or disagree in the comments below! 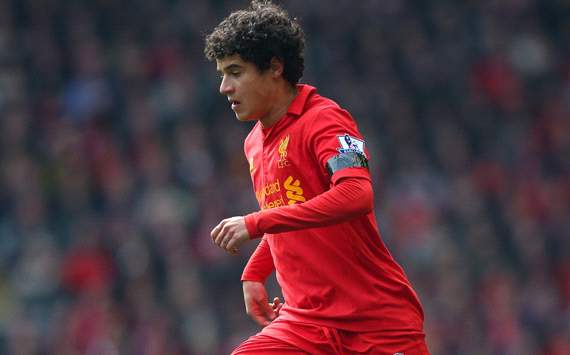 It is perhaps surprising that a man who has featured on just nine occasions for Liverpool could earn a place on a season-long shortlist, but this simply underlines the size of Coutinho’s impact.

The Brazilian has already equalled Stewart Downing’s assists tally and trails him by just one goal, despite having made 16 fewer Premier League appearances.

Coutinho has also helped refresh a frontline which was struggling to create and score before January, providing flashes of the brilliance which make his £8 million pricetag appear ludicrous given his tender years.

Liverpool fans displayed their appreciation for the 20-year-old’s talents just three games into his Reds career, working his name into a rousing version of Arrow’s 1982 hit “Hot Hot Hot” as Brendan Rodgers’ men brushed Wigan aside.

It will be hoped that there is even more to come from the former Inter man, and so that song may become a familiar soundtrack to victories at Anfield in the future. 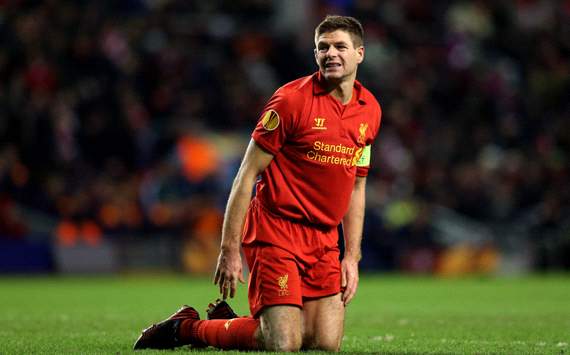 Steven Gerrard’s immense contribution to his hometown club’s cause over the last decade did not provide him with immunity from criticism during the opening stages of the season.

Observers questioned whether, at 32 years old, the midfielder was perhaps past his best, unable to recreate the bursts of pace and strength which characterised much of his success in recent history.

But, as he has done on many occasions throughout a storied career, Gerrard has since proven his doubters wrong.

The England captain has reinvented himself as a deep-lying midfielder this season, utilising his long passing range and timing of runs to perfection.

His withdrawn position has not stunted his creative influence either, with the Whiston-born star having matched his best-ever Premier League assists total of nine.

The long-term benefits of moving Gerrard’s ageing legs back are clear, and Rodgers will hope that his skipper can feature in such lists for many years to come as a result. 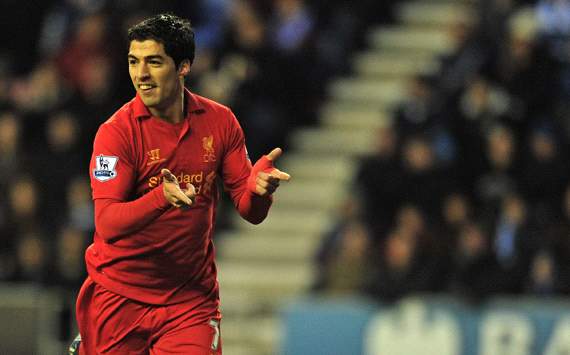 In truth, the debate over who has been Liverpool’s player of the season is rendered void by the fact that the Reds arguably boast the best player in the entire league.

Luis Suarez is unlikely to win the PFA Player of the Year award due to his numerous indiscretions (despite the inexcusable decision to bite Branislav Ivanovic on Sunday afternoon coming after the voting had closed) but the Uruguayan has lit up the English top flight this term with a series of stunning displays.

In terms of league goals he is second only to Robin van Persie – who is, with respect, blessed with more talented team-mates – and has chipped in with his fair share of assists as well.

That the 26-year-old allies this creative output to the workrate of a lower league player and a frightening will to win puts him head and shoulders above his peers.

Suarez’s recent declaration of his desire to remain at Anfield will be music to the ears of Liverpool fans, but the striker must face better competition for this accolade next season if he is to stay even longer.