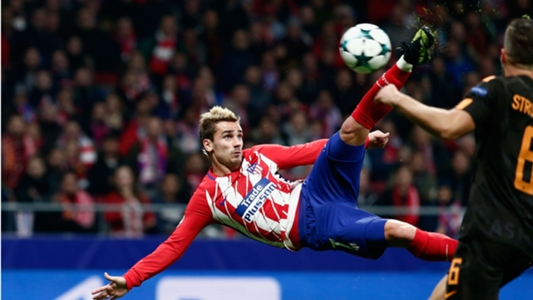 Ernesto Valverde insists Barcelona have “every respect” for Atletico Madrid after the reported pursuit of Antoine Griezmann took another twist.

La Liga leaders Barcelona issued a statement on Saturday to distance themselves from a story published by Catalan newspaper Sport, which claimed club president Josep Maria Bartomeu had carried out negotiations with Griezmann’s representatives and secured his signature for a move before the 2018-19 season.

The report stressed a fee still needed to be agreed with Atletico but Barcelona, having been reported to FIFA in December over purportedly approaching the France forward, quickly shot down the claims that Griezmann’s signing was in the works.

Asked about the situation at a news conference to preview Sunday’s trip to Real Betis, head coach Valverde said: “Griezmann plays for another club and we have every respect for the club he’s at, which is at Atletico Madrid, where I’m sure he has a lot of things to say.

“We are in the middle of the market at the moment and you always live with lot of speculation.

“The club made a very clear statement. If you ask me if Griezmann is a good player, of course he is.

“But I’ve always said the players I like best are all my players.”

Valverde: “Betis are a brave team, who want the ball and who enjoy possession. They are revitalised after some good results and it will be a difficult game with a great atmosphere” # BetisBarça pic.twitter.com/u0KSNDvaaO
— FC Barcelona (@FCBarcelona) January 20, 2018

Barcelona’s latest blockbuster signing, Philippe Coutinho, is yet to make his debut has he steps up his recovery from injury.

Valverde is keen not to place undue pressure on the former Liverpool favourite.

“I don’t like putting set dates on injuries because you don’t want to put pressure on the players. He’s developing well. He has a muscle problem in his right quadricep,” he said.

“That’s a quite a sensitive area, you need to be careful. You don’t want him to be taking further knocks in that part of his body.

“I’m not going to say a date and promise next Thursday but he’s okay. We need to get him into the rhythm of playing with the team.

“Maybe he will join in with exercises today. It is certainly important for him to start assimilating things.”

A more straightforward piece of transfer business, in a week where the runaway LaLiga leaders suffered a 1-0 defeat to local rivals Espanyol in the first leg of their Copa del Rey quarter-final, were contract extensions for Gerard Pique and Sergi Roberto.

“It’s good news them,” Valverde added. “They are part of the club’s identify. It means a lot, not just to the players but the fans and academy players. They are role model for them to try and emulate.”