Philippe Coutinho has been unlucky, according to Barcelona manager Ernesto Valverde, and could be in line for more playing time alongside Ousmane Dembele.

Just over a year ago, Coutinho made a much-awaited move to Camp Nou from Liverpool, coming to La Liga with a £107 million ($138m) price tag from Anfield.

This season has been much more of a struggle as he’s managed five goals and four assists across all competitions and has not started a Liga match for the club since early December.

Meanwhile, Dembele, Coutinho’s primary competition for a spot in the team, has shaken off concerns over his off-the-field and training habits to stake a strong claim to a place in Valverde’s XI.

Dembele has scored nine goals and added four assists across all competitions this season, with four goals and three assists coming in his last nine games.

The defeat heaped more pressure on Coutinho though he scored his team’s lone goal in the 2-1 defeat, from the spot after a penalty won by Denis Suarez. 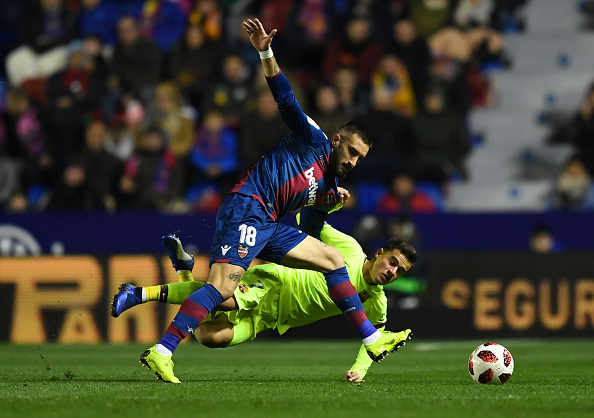 However, Valverde downplayed any issue with Coutinho, saying he is focused on his strengths and noting that the Brazil international has been unlucky.

“Over the season the games come thick and fast and in some games you aren’t so lucky,” he told reporters. “Coutinho has played some great games with us and we hope he will continue to do so.

“I look more at what he does well, the same with Dembele or Arturo Vidal. It was a tough match the other day in which we lost, sure, but has to help us take a step forward.”

Despite being in competition for a spot frequently, Valverde has featured Dembele and Coutinho together prior to the first-leg loss to Levante, using the pairing at times in the Champions League.

Though it is not something he has done frequently, it is an option that Valverde says he could turn to again.

“He and Dembele can play together, it is a possibility,” Valverde added. “I try to play with balance. If I go through the games they played together, they did it in Milan or against PSV.”

Barcelona are next in action Sunday against Eibar, looking to maintain or extend the five point edge they held in La Liga going into the weekend.

They will then look to overturn their first-leg loss to Levante when they meet again at Camp Nou on Thursday.