?With the summer transfer window in full flow, there is a lot of business still yet to be done by clubs and players. While teams around Europe and worldwide are looking for new recruitments ahead of the season, there are a lot of players who are also looking to leave their respective sides.

However, this summer more than any other in recent memory, a lot of players vying for big-money moves have nowhere to go.

Here are just a few of the players who are pushing for moves this summer, but seem unlikely to get their wish. Despite joining Paris Saint-Germain for a world record fee just two summers ago, ?Neymar already wants to move on. The Brazilian star didn’t turn up to pre-season training earlier this month, which infuriated the Parisian club, who stated they were to take “appropriate action”.

PSG’s sporting director Leonardo has said that Neymar can leave “if there is an offer that suits everyone”, and ?Barcelona have been heavily linked with bringing him back to the Camp Nou two years after his departure.

Although Neymar is in a tough situation at the moment, it looks like he’ll be staying in Paris. Barcelona would need to pay a huge fee to re-sign him, and although PSG say that Neymar can leave it would be daft to let a £200m record signing exit the Parc des Princes after two seasons. 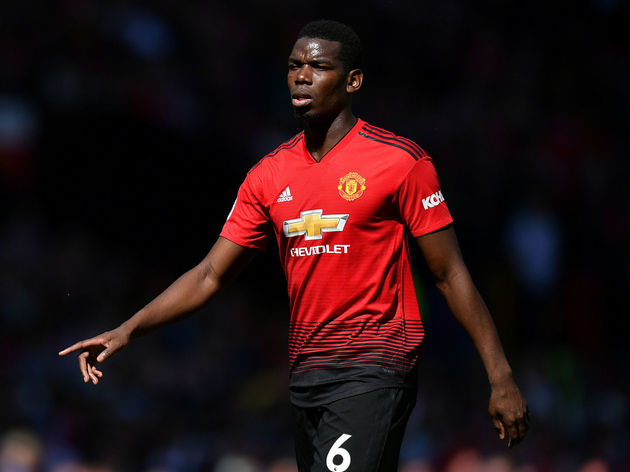 ?Paul Pogba has been at the heart of another transfer saga this summer, this time involving big-spending ?Real Madrid. The ?Manchester United midfielder is one of Los Blancos’ key targets, as Florentino Pérez aims to continue his summer spending spree in style.

Although the Spanish side are willing to pay a large fee and give up big players to acquire Pogba’s services, the problem lies with whether United will part ways with arguably their best and most important player and whether Real will follow through with their pursuit.

Ole Gunnar Solskjaer has a summer of rebuilding to do, and Pogba is likely to be apart of his plans. While the Frenchman may feel that it is best for him to move on, the Red Devils are not as eager and look like they will fight to keep him at Old Trafford, whatever it takes. After bagging 23 goals and 12 assists for Lille last season, Nicolas Pépé is hot property in the European market. A number of clubs have been vying for his signature, with European champions ?Liverpool and ?Arsenal battling to sign him.

Pépé himself also seems eager to join one of Europe’s biggest clubs, with ?Inter and PSG also in contention. However, Lille have set an €80m price tag for their star forward, and even then they seem reluctant to part ways with Pépé.

Lille and Pépé are waiting for the right offer from the right club, and while there are plenty of options staying in northern France and helping the club in their ?Champions League campaign may turn out to be a priority for Pépé as he decides the next step in his career. Rumours have been flying around White Hart Lane over midfielder ?Christian Eriksen, who could be ?La Liga bound. Eriksen has been linked with Real Madrid and Barcelona this summer, and has been delaying a possible contract renewal with ?Tottenham for months.

The Dane is believed to be eager to move to Spain, and has been waiting for one of their top clubs to make an offer. However, Spurs have shown no sign of letting Eriksen go, despite not tying him down with a new contract amid the speculation.

Spurs don’t look like they’ll be letting any players go, especially not ones like Eriksen. He will continue to wait for a breakthrough in the transfer saga, but with a few weeks of the transfer window to go, he may be spending another season in north London. ?Crystal Palace and ?Wilfried Zaha are stuck in an internal conflict with one another, with the Ivorian telling the club that he wants to leave this summer. Zaha has been with the Eagles since 2004 as a youth player, but looks like he now wants a move to Arsenal.

Manager Roy Hodgson has hinted at the fact that the club would let him go, but with Aaron Wan-Bissaka already leaving for Manchester United, it would be a fatal blow for Crystal Palace if another one of their star players left for pastures new.

Zaha will no doubt keep pushing for a move, but if Palace continue to reject big money offers then he will have no choice but to stay. The Ivorian will keep trying to find a compromise with the club, as he hopes to make a huge move in his career. With Spurs already facing a battle with Eriksen, they are now preparing for one with ?Danny Rose too. PSG, ?Juventus and Manchester United have all expressed interest in the England full-back, with Rose left out of Spurs’ pre-season tour squad so he can “explore other opportunities”.

Although Rose will be deciding whether he wants to move on, Tottenham may be wiser to keep ahold of him. They are already short of full-backs ?having sold Kieran Trippier to Atlético Madrid, and if they can’t replace Trippier and Rose in time then they’ll have to hold onto the latter.

Rose does look very likely to leave at the moment, but the rumours and interest in signing him may not hold up. If Spurs cannot reach a deal with another club or make a decision regarding Rose, then he will likely be stuck at White Hart Lane for a while longer.