Barcelona’s unbeaten record in La Liga is intact. For a while it looked like the Blaugrana, like last season, might be beaten at Camp Nou by Alaves. But Luis Suarez and Lionel Messi intervened to secure yet another victory.

It is 21 rounds without defeat for the Blaugrana now and that equals the best season start set by Pep Guardiola’s great side, unbeaten until the 22nd round of matches in the 2009-10 season.

But Barca struggled for long periods against an Alaves side revitalised since the arrival of former Blaugrana defender Abelardo as coach. The ex-Spain international has overseen a marked improvement at the Basque outfit and his team had picked up 13 out of a possible 21 points prior to the trip to Camp Nou.

They will be desperately disappointed not to have added to that tally on Sunday, so impressive were they for an hour of this match. John Guidetti had given Alaves the lead in the first half and there were further opportunities to score against a Barca side that created little until the final half an hour.

Barca boss Ernesto Valverde had handed Philippe Coutinho a full debut after the Brazilian’s bright cameo against Espanyol in the Copa del Rey on Thursday. The 25-year-old found life more difficult here, however, and will take time to gel with Andres Iniesta in the same side.

Whereas Coutinho replaced Iniesta at Camp Nou in the cup clash, this time the two midfielders were picked in the XI and neither player appeared completely comfortable.

The Brazilian was a willing worker and won the ball back seven times for Barca, but he was unable to find the spaces afforded to him against Espanyol on Thursday night.

Before the match, Valverde had assured that the two can play together. “Coutinho has to get used to what his team-mates have been doing this season,” he said. “He will have defensive duties, of course, even though he has more of an attacking profile than Iniesta.” 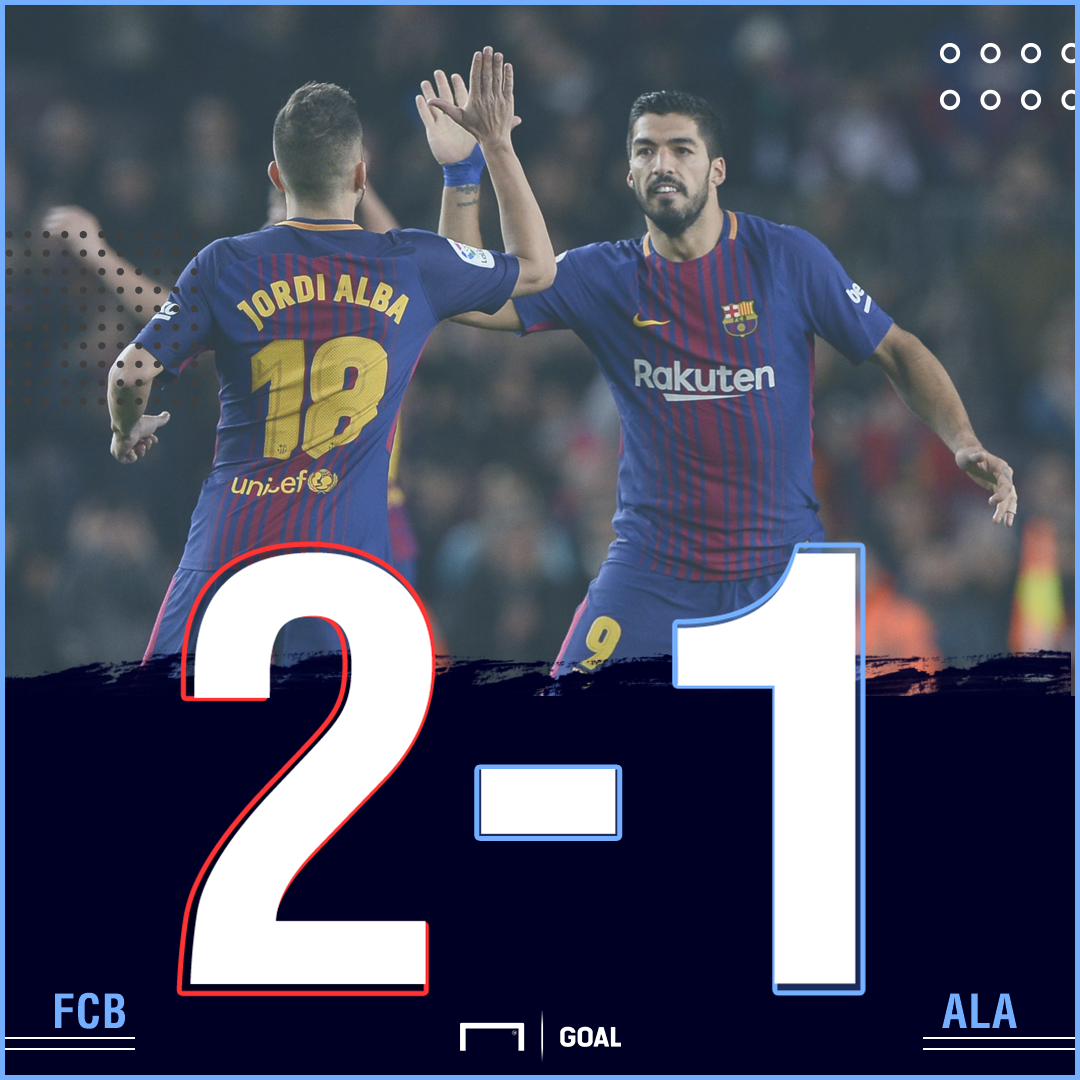 And he added: “They are different players, but they can complement each other perfectly on the pitch. Iniesta is more of a midfielder. Coutinho is more offensive, he takes on shots from distance and he can play wide or through the middle… but he also has to fit in with what we are doing.”

Logically, that will take time, and ultimately it was something of a frustrating full debut for Coutinho, who was substituted after 65 minutes as Valverde sent on Paco Alcacer in his place.

It was no coincidence that Barca scored twice after that, the league leaders playing their best football of the night after the Brazilian had departed. And his exit also liberated Iniesta, the Spain midfielder setting up Suarez for the equaliser with a remarkable run and cross to the far post. 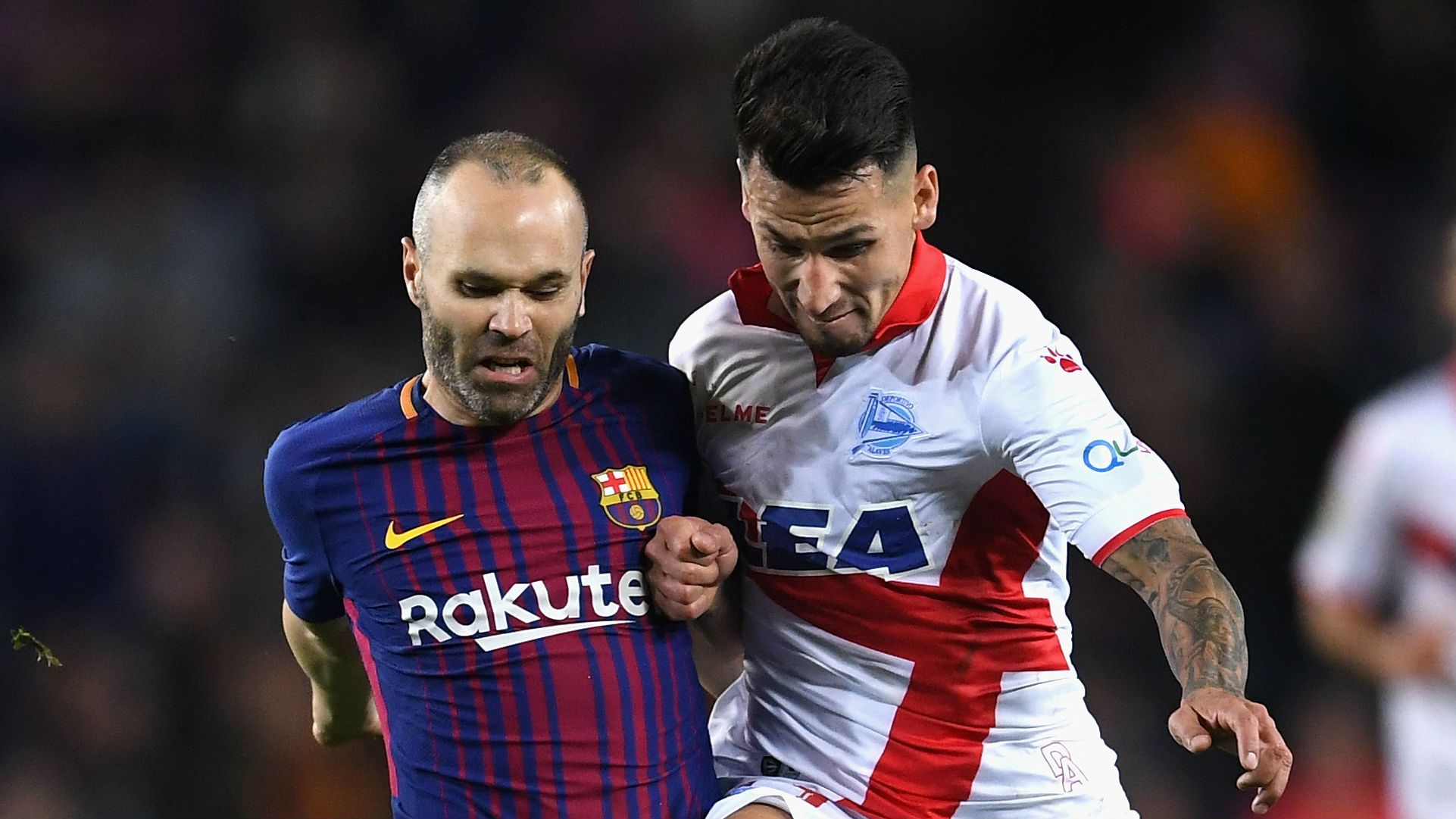 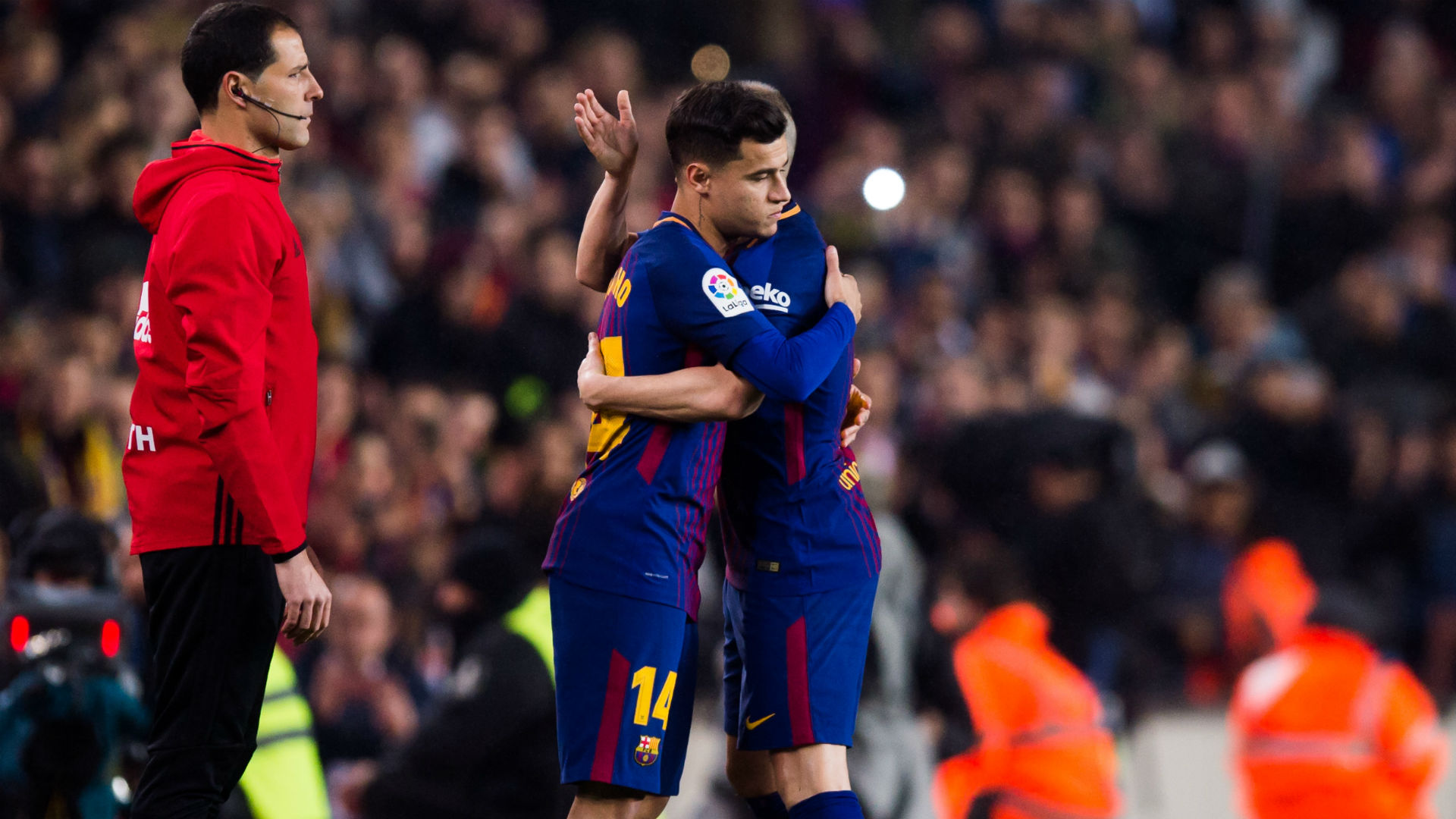 Iniesta is the only player to provide an assist in La Liga in each of the last 15 seasons (69 in total), while Suarez has now netted for the past eight games in the competition after a slump earlier in the season.

As so often, though, it was left to Messi to win the match, the Argentine rifling home a fantastic free-kick to claim all three points. That was the 30-year-old’s 21st free-kick goal in La Liga, moving him one ahead of Real Madrid’s Cristiano Ronaldo. And it was a worthy match-winning strike.

So Barca march on and are still 11 points clear of second-placed Atletico. And next weekend, at Espanyol, they can better the record set by Guardiola’s side as they seek to go unbeaten all season in the Primera Division.

Despite an off-colour performance in this match, they will certainly take some stopping this season – especially when Iniesta and Coutinho get used to playing with one another.