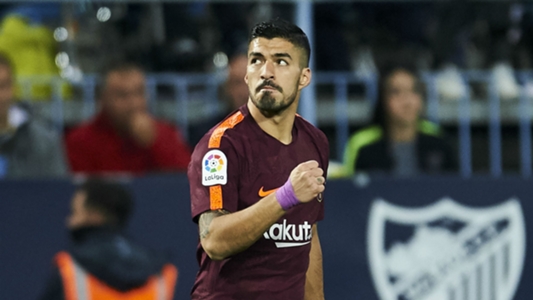 Barcelona striker Luis Suarez has now scored against every opponent he has faced in La Liga.

Suarez broke the deadlock with a superb header after 15 minutes at Malaga on Saturday – a game Ernesto Valverde’s men led 2-0 at half-time, with their hosts reduced to 10 men by Samu’s red card.

The Uruguay striker has now netted versus each of the 25 Spanish top-flight sides has played against in Barcelona colours, helping him to a total of 106.

Lionel Messi, absent from the game at La Rosaleda following the birth of his third child, has scored against 36 teams in LaLiga – more than any other player in history, with Real Madrid great Raul and Athletic Bilbao veteran Aritz Aduriz on 35.

Cristiano Ronaldo, meanwhile, has scored against 31 of 33 La Liga teams faced for Madrid.